Rest Areas or Free Camps? Part 2 – The Facts and the Fiction

Rest Areas – General, State by State:
Each State has their own regulations, or lack thereof, here we attempt to provide an overview of these variations.

Queensland for example is quite well defined:

“You can stop at a rest area for up to 20 hours but they are not long-term camping sites. Check with the authority responsible for the relevant rest area for more information.”

Note the reference to “authority responsible”. This may mean that a particular rest area is under control of the local Council who may vary this ruling; either in favour of the RV traveller by making it , eg 48 hours, or against us by reducing it to 12 hours or nothing! (72 hours is the maximum which legislation allows).
What the sign does not say very often is that the limit (Commonly 12-72 hours) is actually a total in 4 weeks:
“….the periods for which the person has camped on the road or area over a continuous 4 week period must be added together.”

[Transport Infrastructure (State-controlled Roads) Regulation 2017]
Queensland Transport and Main Roads list all rest areas along the State’s Highways and all main interconnecting roads regardless of who the “authority responsible” is, other States do not do this to this extent. 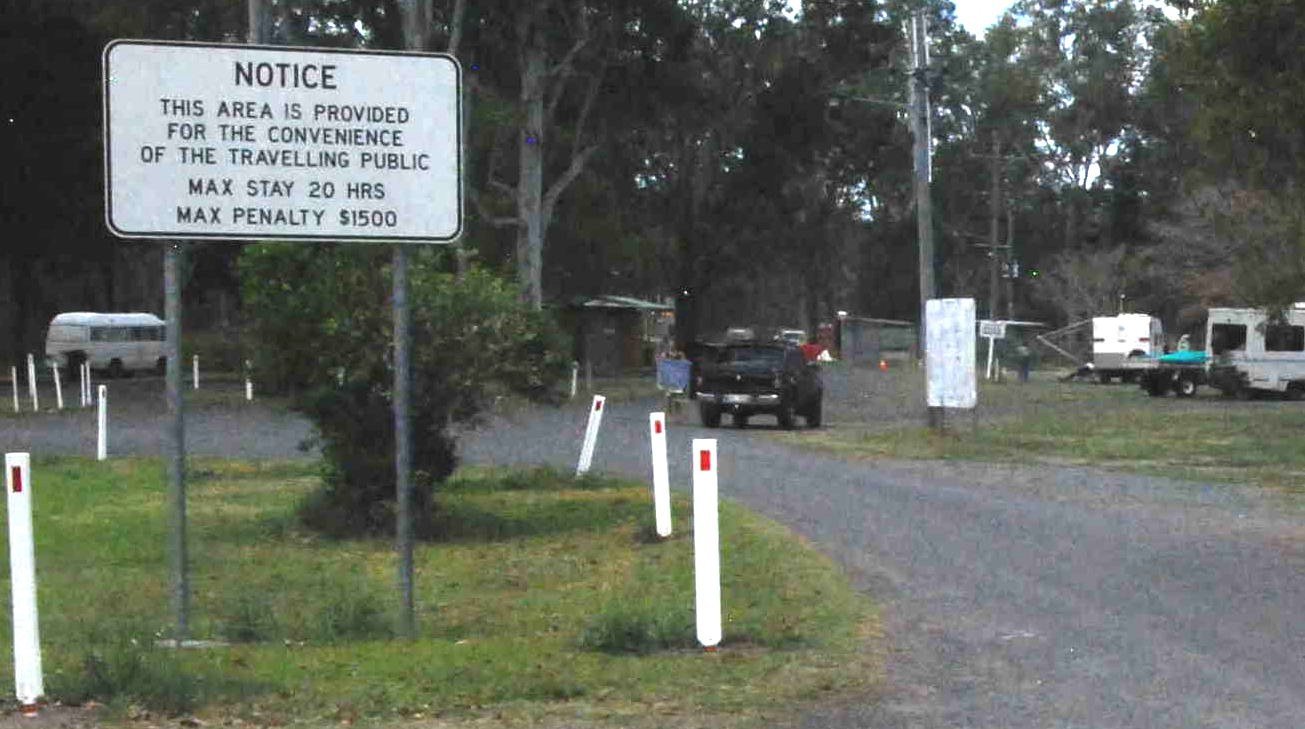 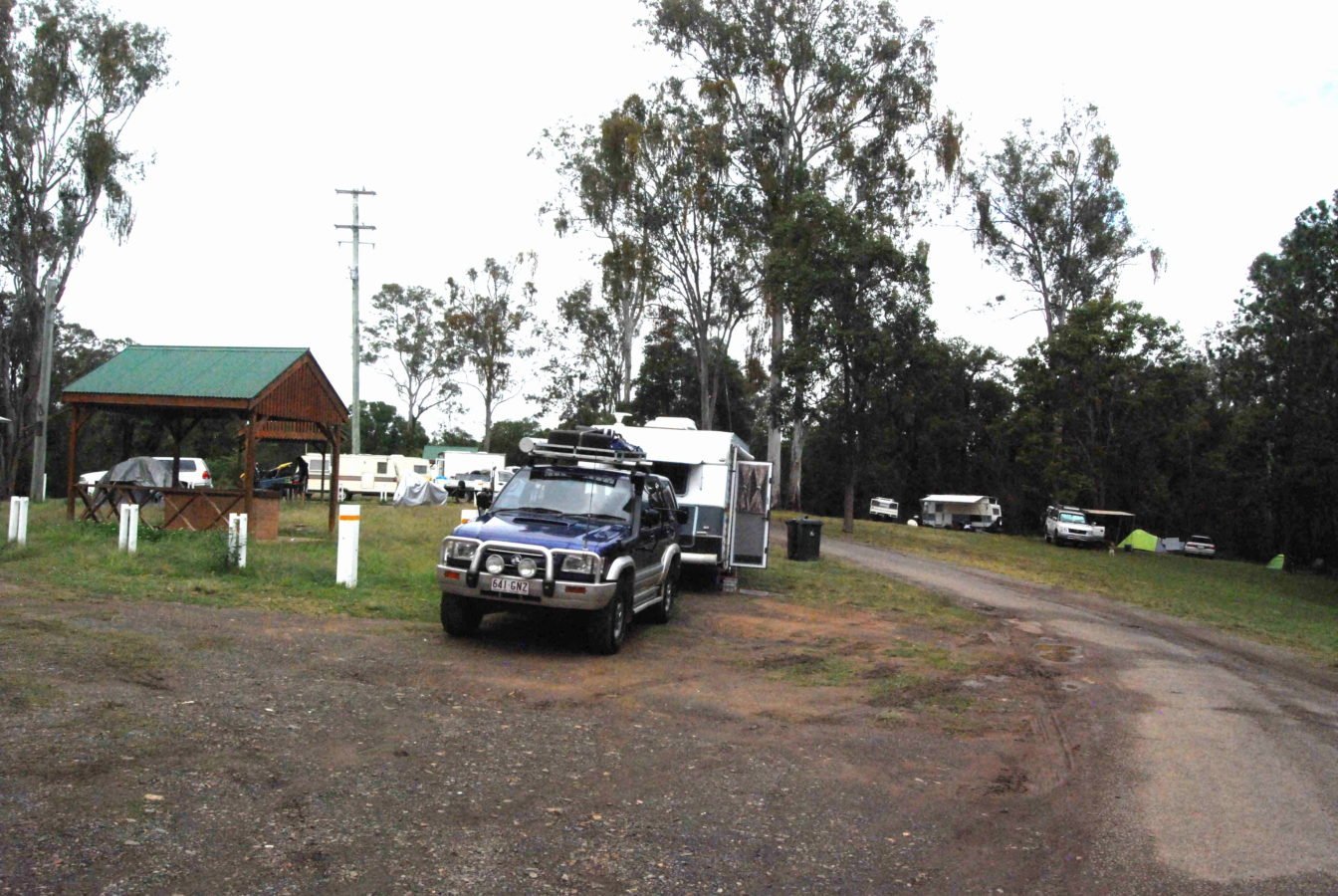 Downloadable pdf guides and maps can be found here:
https://publications.qld.gov.au//dataset/guide-to-queensland-roads

Western Australia has a similar statement..But:

“24 hour rest areas are not intended for camping and stopping is NOT to exceed more than 24 consecutive hours.”

Ths is the “But”  ..The major difference is that this apples ONLY to sites using the 24 Hour signage of which there are relatively few; most rest areas in WA are defined as “Rest Area” or “Parking/Stopping Bay” or “Information Bay” where no overnight stopping is allowed. 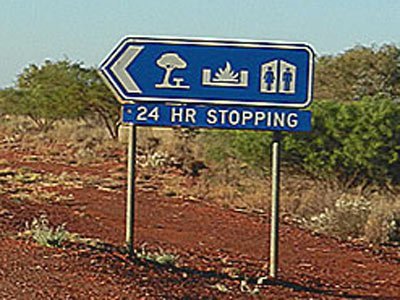 There are exceptions to this in more remote areas, for example on the Eyre Highway between Eucla and Norseman there are quite a number of “Rest Areas” suitable for RVs as opposed to the “Parking Bays” which are primarily for trucks (but not exclusively).  The Parking Bays are just large flat gravels areas with easy access for large vehicles, the Rest Areas are tracks and smaller areas in the bushland; a look at any of these in Google Maps Satellite view easily shows this difference.

Other overnight stops in WA are often provided  by Councils or local Communities, Service Clubs etc., usually in or near regional towns.  These are not under the control of the Main Roads Dept. and are therefore not included in their lists and information on these has to be sourced from elsewhere. 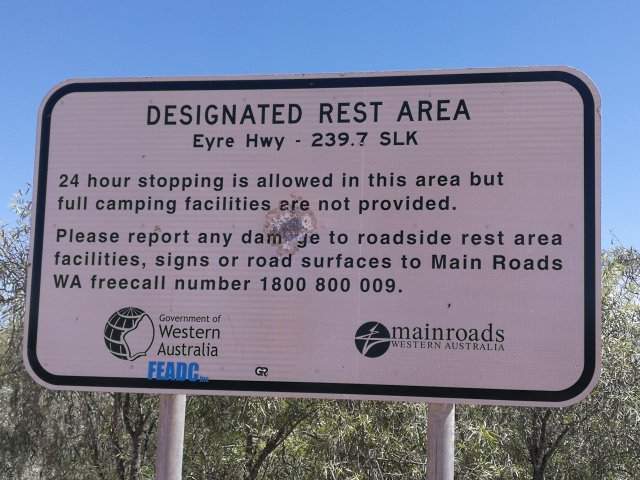 South Australia:
In SA overnight stays are generally permitted at all rural Rest Areas; there is not much information from Transport SA but one notable line is:
“They (Rest Areas) can be large or small, with or without picnic facilities. A few have a toilet. There is no time limit given.”

Please note this does not apply to the “shallow” Stopping Bays, or of course to Truck ONLY areas 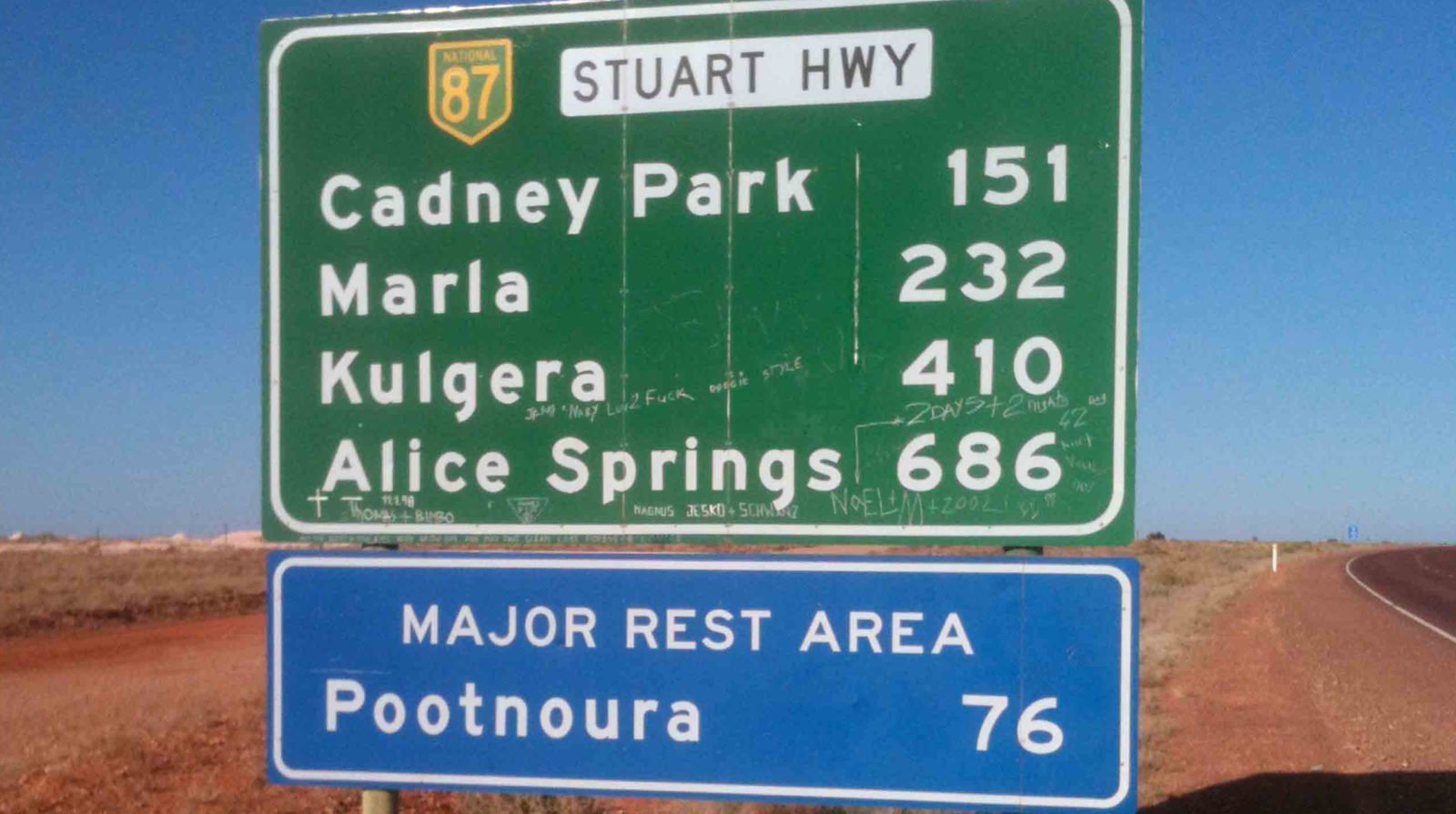 VicRoads currently provide only an online map of rest areas which does not clearly answer this question but in general the same rules apply as in Queensland, i.e. overnight only where suitable.
Refer: https://www.vicroads.vic.gov.au/safety-and-road-rules/driver-safety/fatigue/restareas-map

Some of these have actual caravan areas, notably on the major highways. The RACV has in the past provided lists on a “per highway” basis but it appears these are no longer currently available via their website.

Here they break our defined rule of “Camping” at the beginning of the first article and apply it to any form of overnight stopping.

The NT has 3 major highways, Stuart, Victoria and Barkly and for these they provide a list of which Rest Areas allow “Overnight Camping”.  The other highways in the NT (Arnhem, Lasseter, Carpentaria, Kakadu and Tablelands) are less clearly defined but in general overnight stays are allowed as they are generally more remote and fatigue management comes into play; again you need to note any local signage. 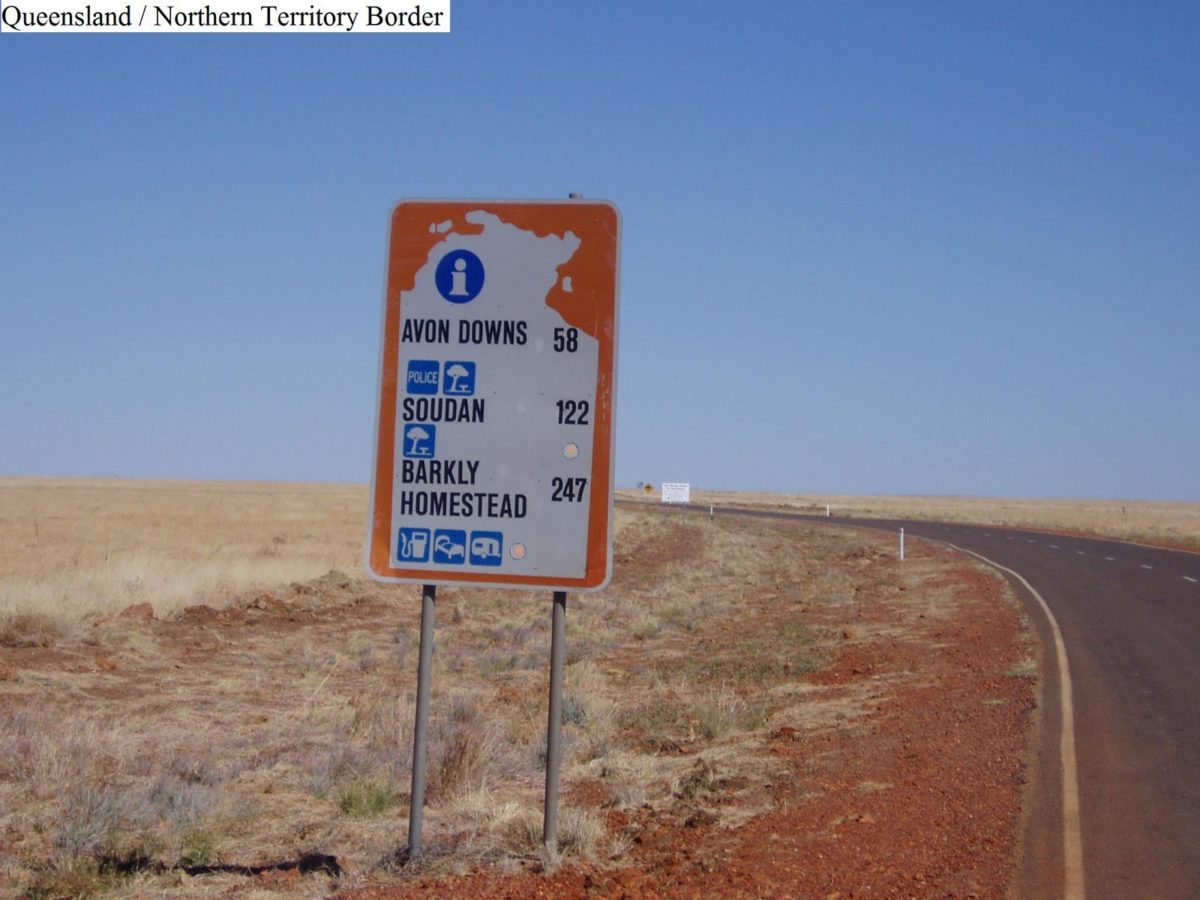 The available lists can be found here:
https://nt.gov.au/driving/safety/road-rest-stops-in-nt

New South Wales:
We have left NSW to the last because NSW Roads and Maritime Services (RMS) have no legislation applying to the use of Rest Areas as overnight stops and issue only basic comments such as:.
“Camping in a roadside rest area may be permitted, unless a ‘no camping’ or ‘no overnight stays’ sign has been placed there by a council or the .. RMS(sic) or other relevant authority.” 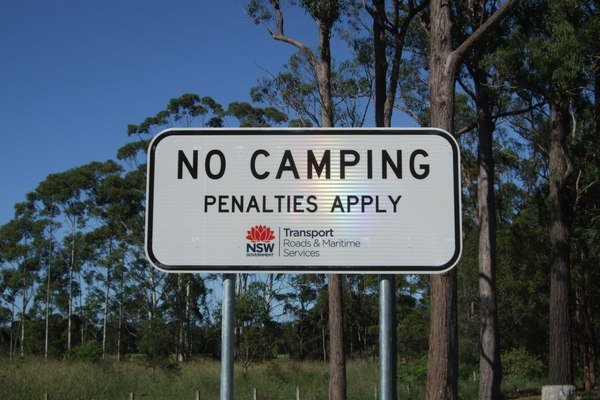 Recently (2017) in response to “No Camping” signs being erected at major Rest Areas, NSW RMS issued the following statement:
“… rest areas which were known to be regularly used for stays of more than 24 hours have had No Camping signs installed to “remind visitors they are in a designated rest area and not a camping area””

Since this article was first pub;shed in 2017 NSWRMS have issued the following policy statement regarding “No Camping” signage:

“As a general rule, Roads and Maritime has no objection to drivers taking a short break of up to 24 hours in a rest area, to ensure a driver has had sufficient rest before recommencing their journey. This is generally consistent with other States.
However, Roads and Maritime would encourage long distance motorists seeking overnight stays or breaks longer than 24 hours to plan their journeys in advance and consider staying at commercial camping grounds or venues with the appropriate amenities to meet their needs.
At locations where motorists have been observed staying longer than 24 hours in a rest area, Roads and Maritime has placed No Camping signs to remind visitors they are in a designated Rest Area and not a Camping Area. This is intended to maximise access to rest areas for all road users.”

Tasmania:
Before we are accused of forgetting the Apple Isle they have no Main Roads listed Rest Areas as most are operated by Councils and other authorities (Forestry/Parks, Hydro etc.) who set the rules for each location. Most rural locations do allow overnight stays and our listings reflect this.

All States:
Please do not forget that Truck Only areas are just that (See article 1 in this series) and in shared areas we should always leave room for the biggest of rigs; like this: 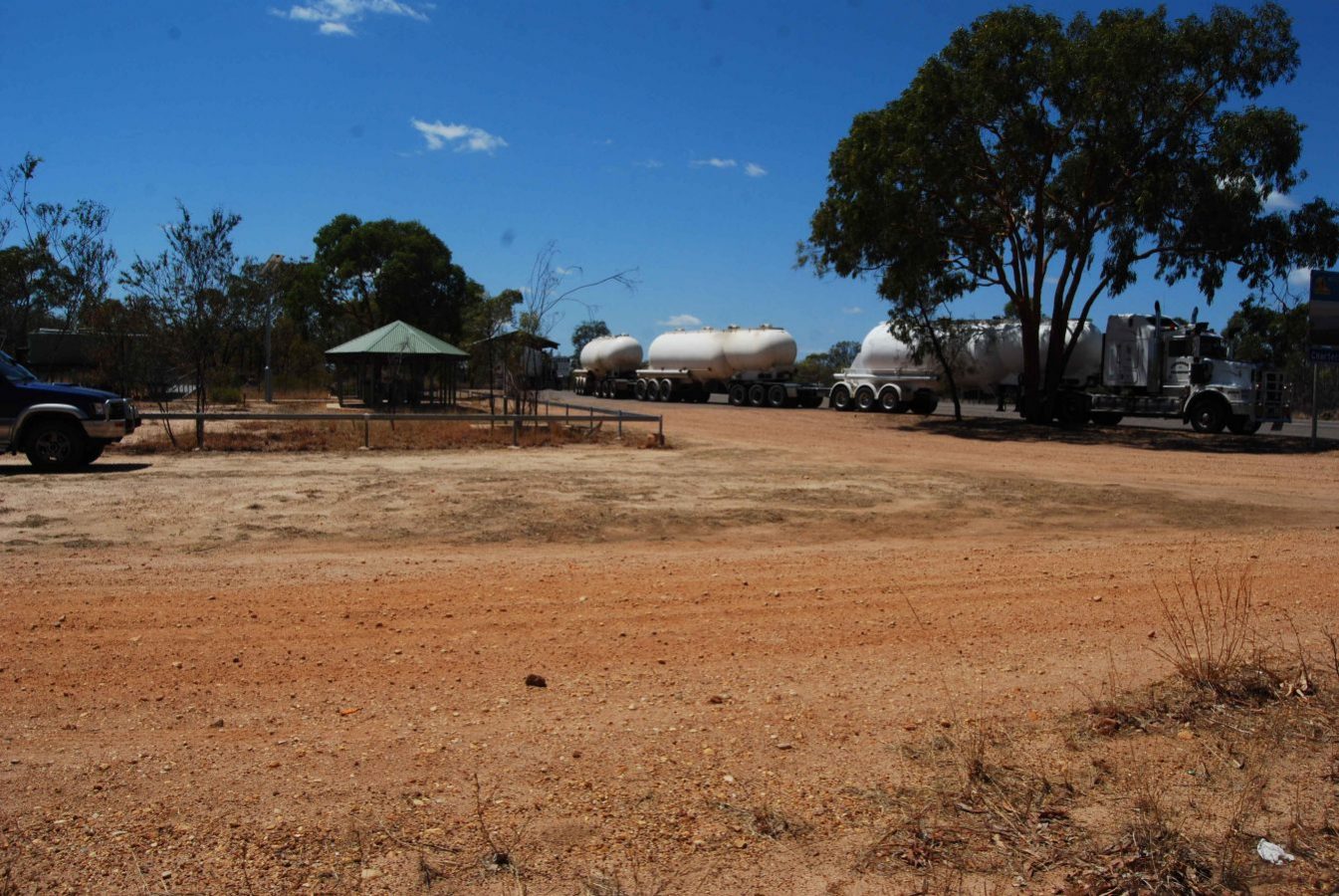 In Part Three of this series we will examine the other Free Camping options and opportunities and look at the regulations which would indicate why you should not stay in Gravel Dumps.   Until then, safe driving (and resting).

Disclaimer: Any information contained in this article which may imply a legal requirement is sourced from freely available published documentation from various relevant authorities.

This Article was published in Free Range Camping in December 2017 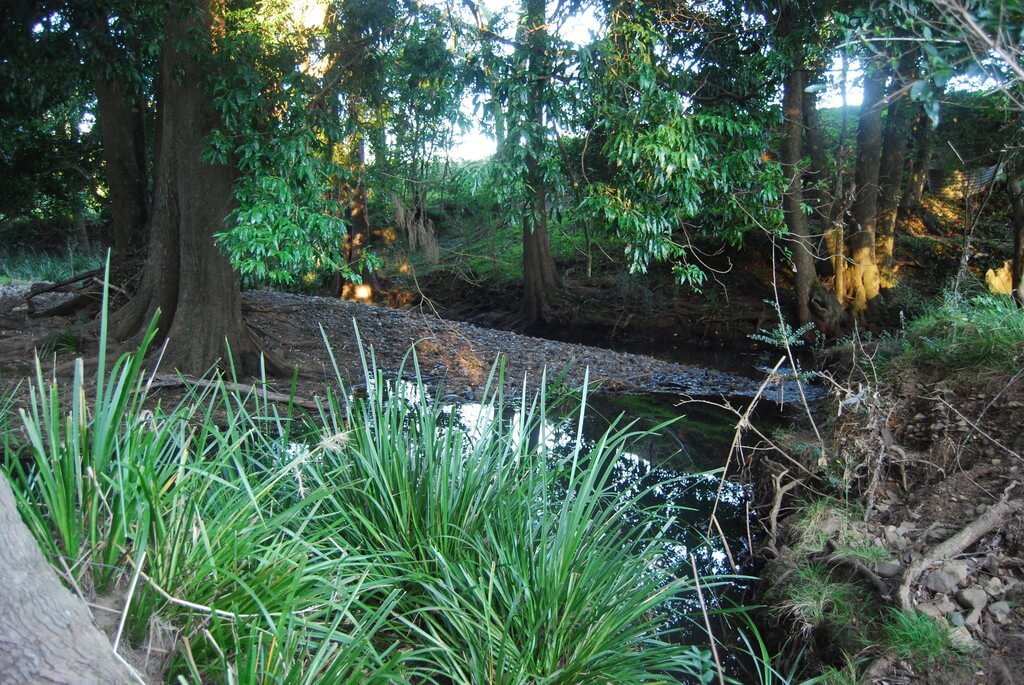 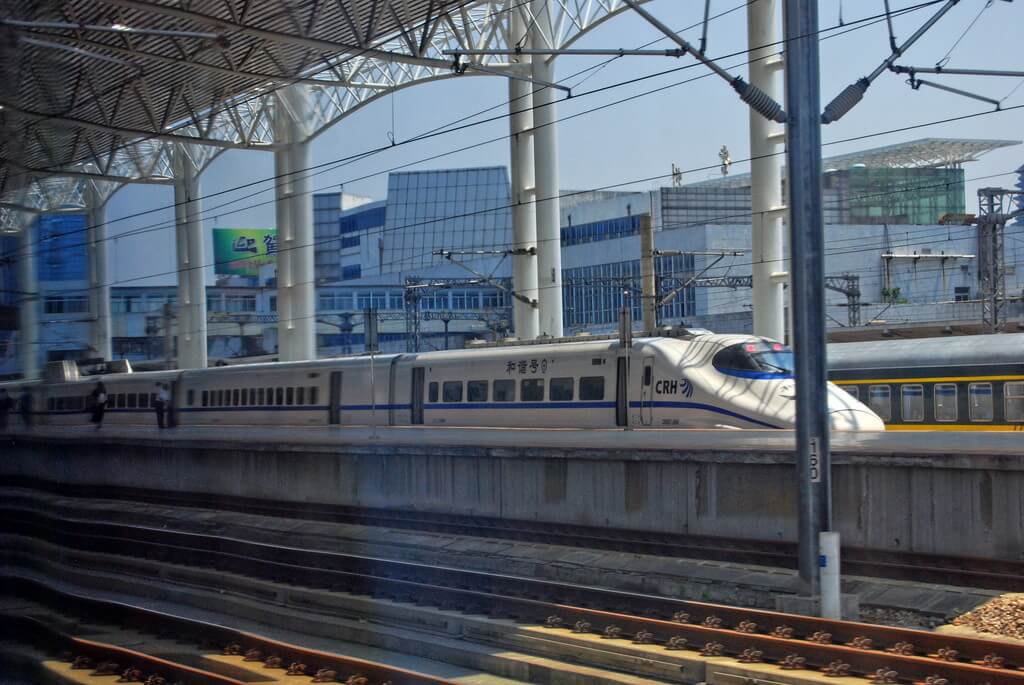 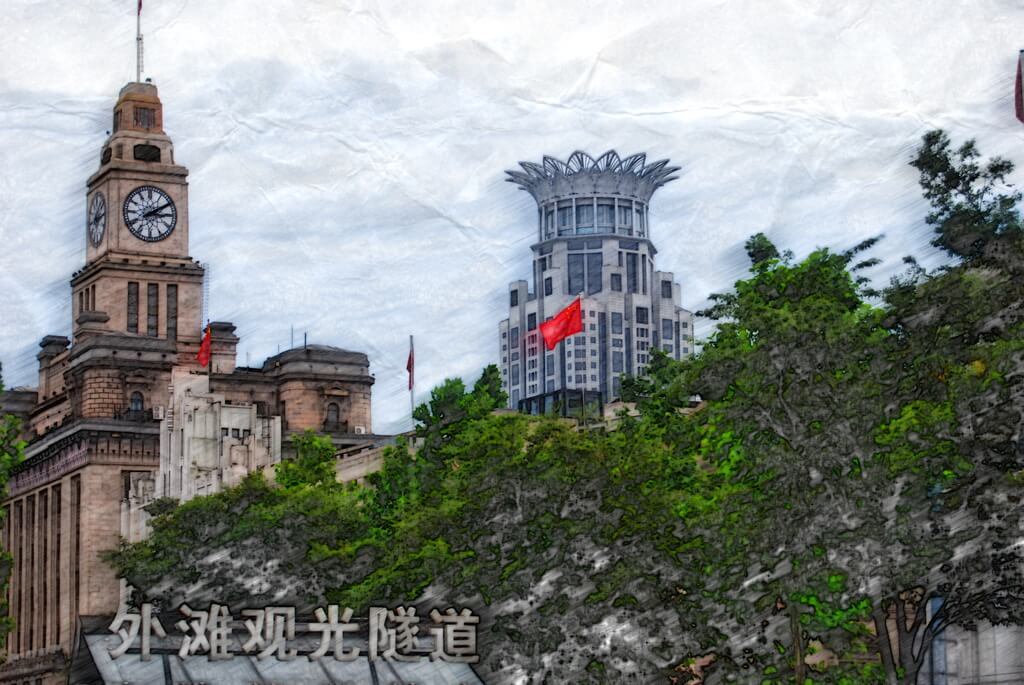