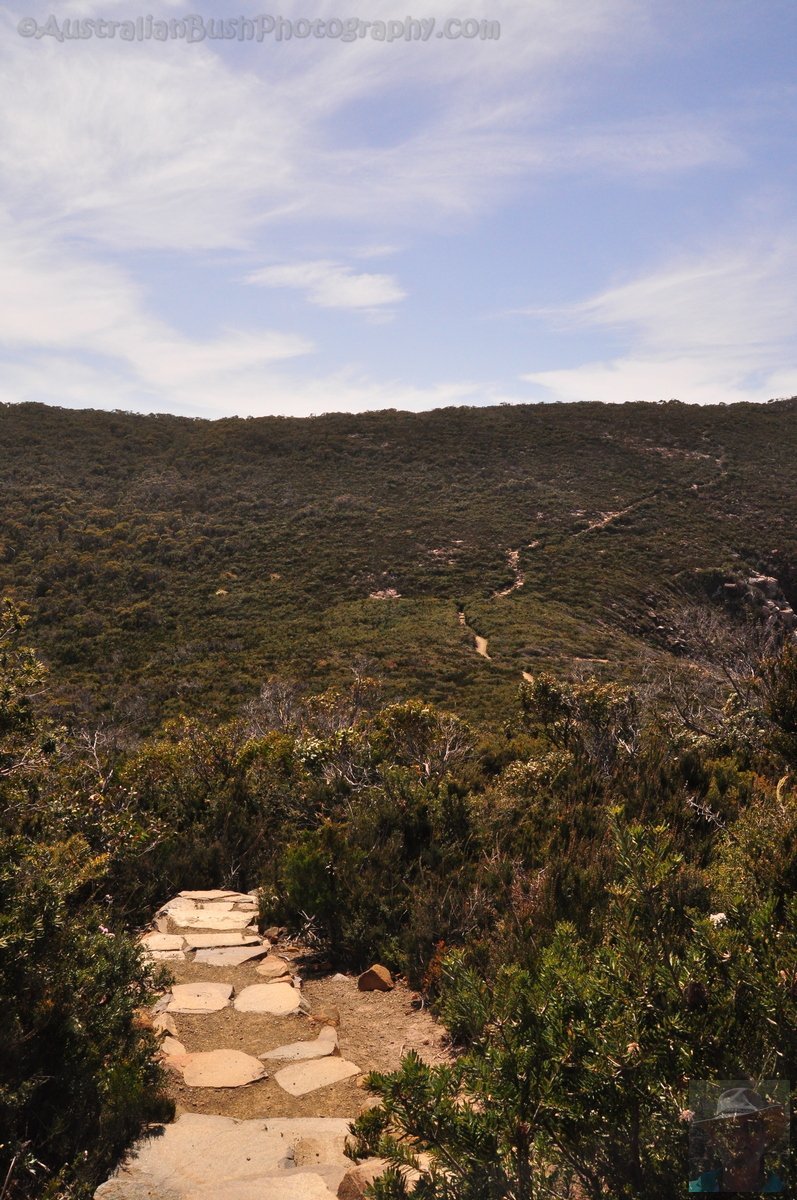 October 31, 2019
The Cape Hauy walk is around 9km return and the longest single walk we have taken on so far; rated as a category 3 makes you think that it’s maybe not too hard going but the fact that there are literally hundreds of stone steps of varying height makes it much harder going. Along the way there were many younger than us who were taking a spell before continuing on.
We decided in sight of the last section that the cumulative effect of the return climbs were going to take too much out of us and returned from that point. Despite that it was a great walk but the return is harder than the out going because the Western slopes are steeper than the Eastern ones and the middle section was the hardest of the whole walk. We took water and lunch and stopped to eat about 45 minutes from the campground, the whole experience taking about 3 hours and a half.
The picture gallery is captioned to take you along the way and on the first plateau a surprising variety of plants in flower.