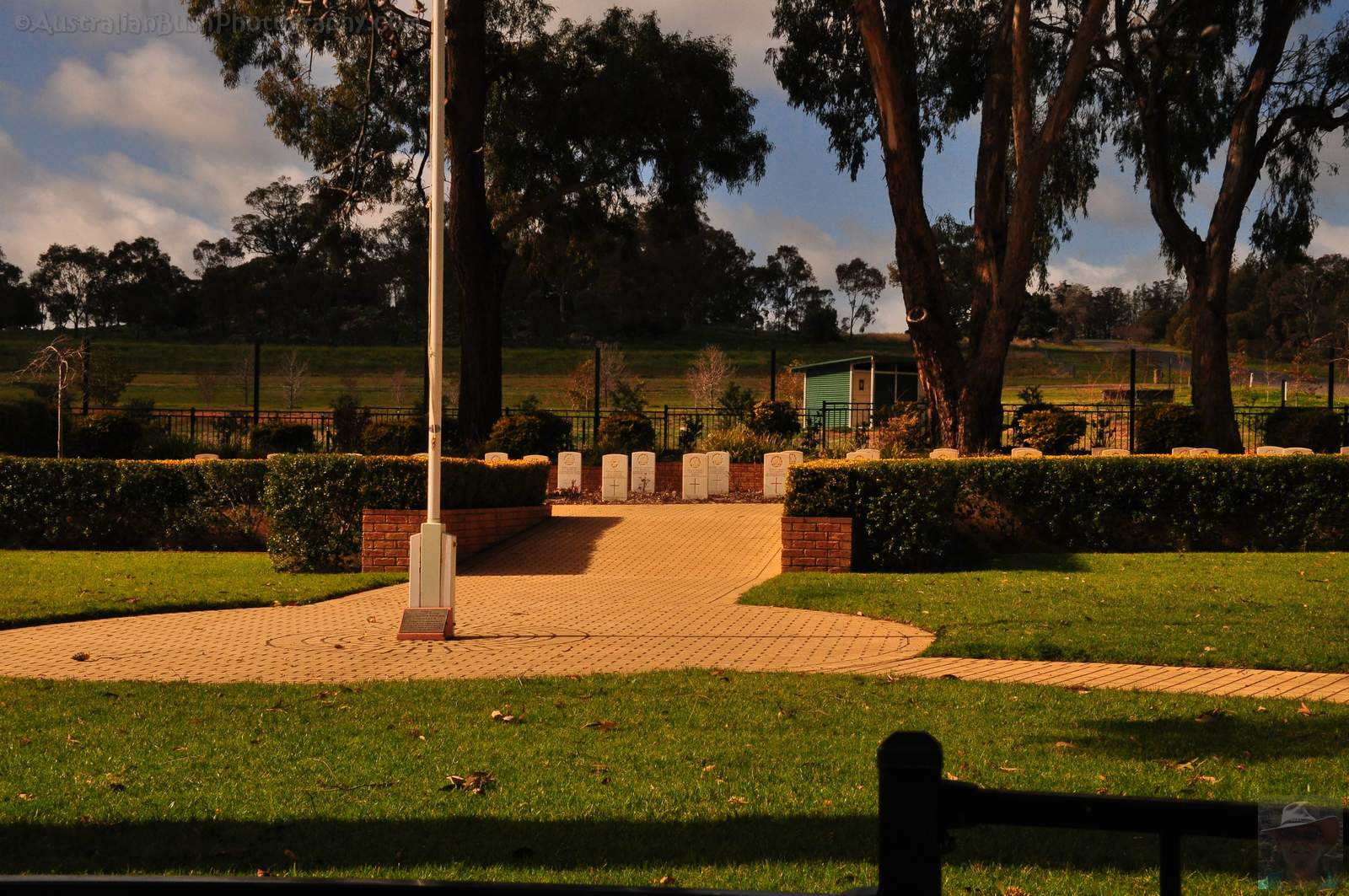 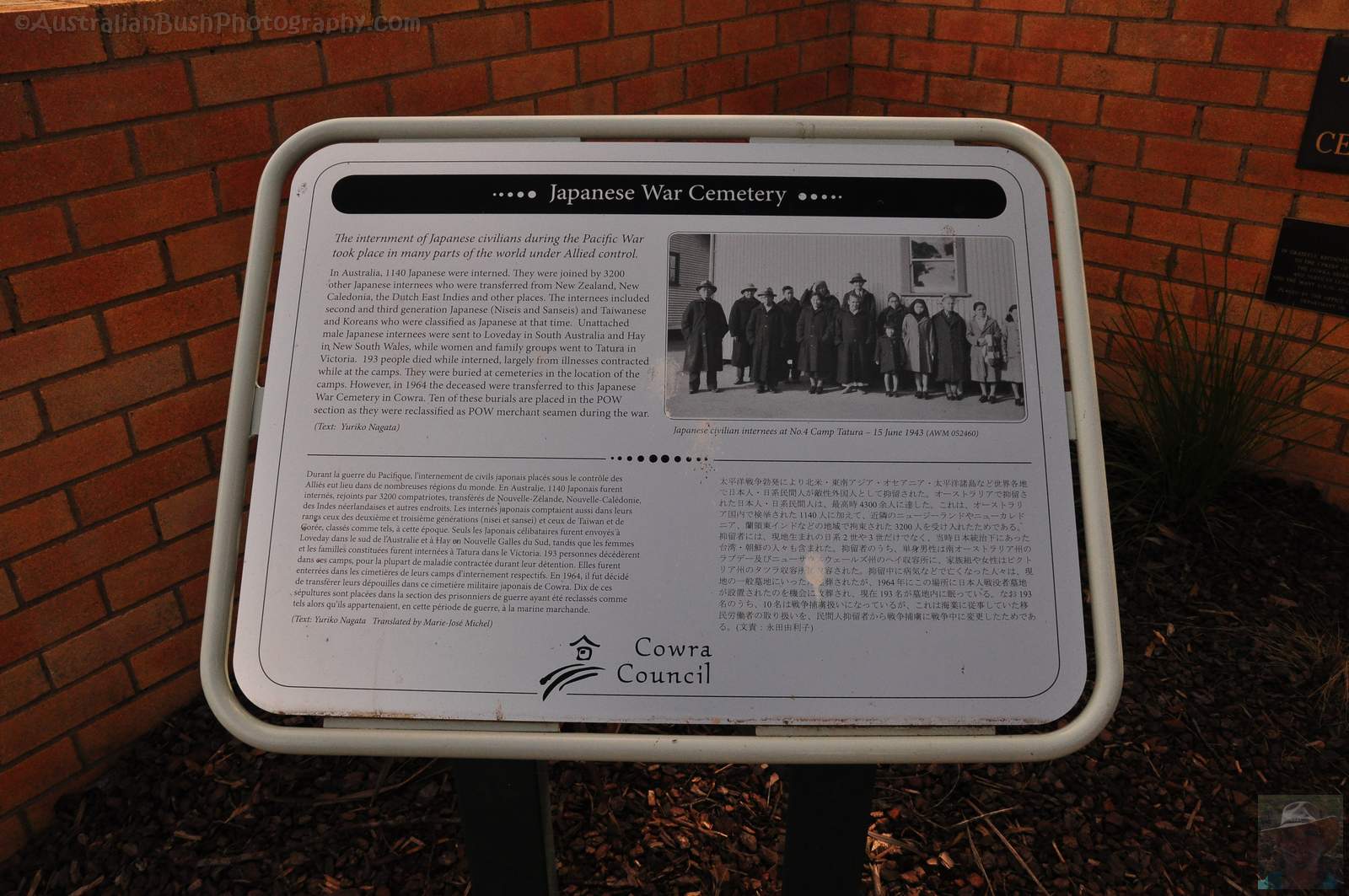 Following the Cowra breakout the 231 Japanese and 4 Australian soldiers who died were buried in a special section of the Cowra Cemetery. Subsequently, other local soldiers who perished in the conflict in the Pacific were also buried here in what is now a dedicated section (this mage). In 1960 the Japanese Government requested that all other Japanese POWs and internees who died during the period were transferred and buried here in a dedicated Memorial Cemetery. This was completed in 1964 and was part of the beginning of a very special relationship between this small Australian town and the people of Japan. Even during our brief visit to Cowra we have seen people of obvious Japanese ethinicity walking the gardens, this is a very special place.

The Australian section has 27 Graves including the four who died during the breakout seen in the image of four below.
The Japanese section houses the 231 Breakout graves in the left hand section and across the rear are a small number of unidentified remains from the air strikes on Darwin. The rest are the others from all over Australia.
← Cowra Sculpture Park Back to Brisbane 2020 - The Final Leg →