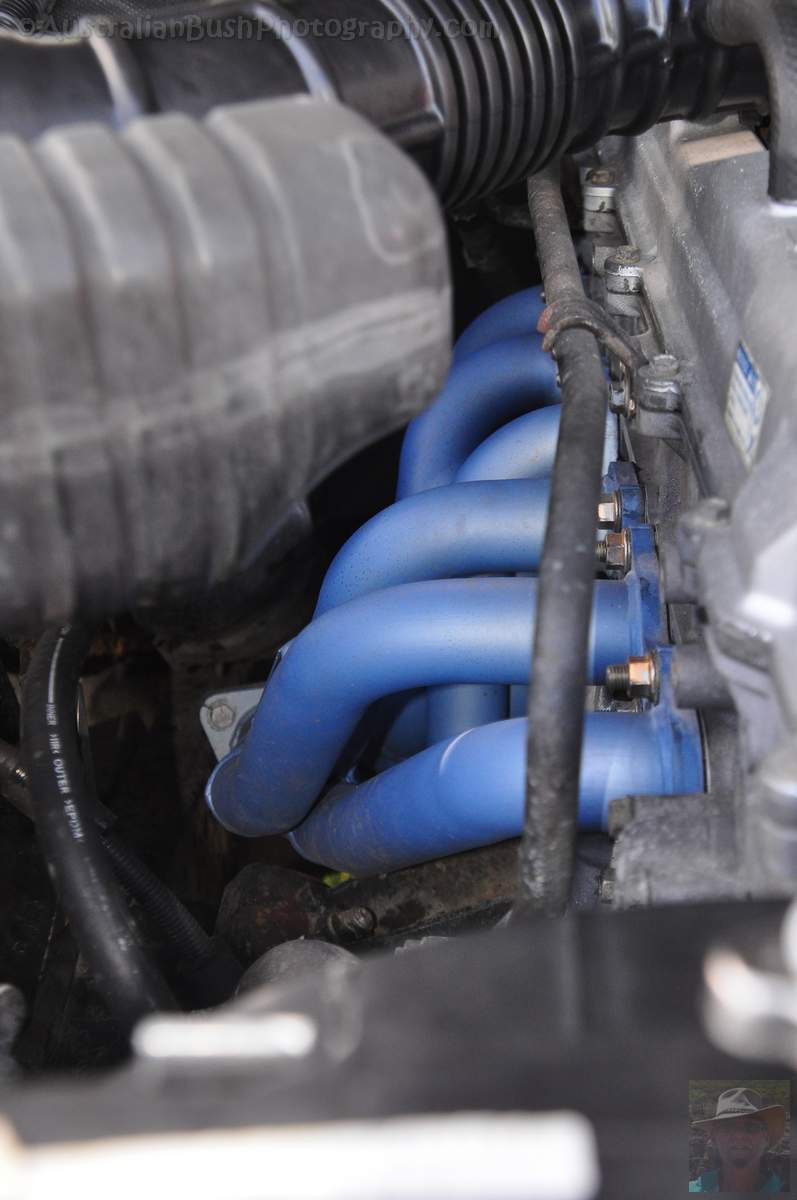 April 2020:
Our progress from Tasmania was halted here at Eden (Boydtown) and, as we previously posted, we are here for the duration of this crisis.

The major reason we were delayed in Bega was that our Landcruiser had cracked the exhaust manifold and as it happens there was not a new manifold available from Toyota so we opted for Pacemaker Extractors as shown here.  It also turned out that we had some worn universal joints in the tail shafts, especially the front one so they were replaced at the same time.  The combination of parts needed resulted in delivery delays of several days and we were without the vehicle for 8 days in the end.

The workshop, Bega Muffler Centre, turned out to be the Race and Rally shop for the district and Bode, the owner, has the only Dyno in the district as a result. Putting the cruiser on the Dyno allowed for the fuel pressure to be adjusted but also highlighted that we should add an after market ECU Interceptor and have it tuned completely  as the air fuel ratio is at it’s worst under peak load in second or third gear so maybe a job on the way home after this is over?

The map here will click through to Google Maps and you can see the Discovery Caravan Park next to Boydtown Beach. Next door to here is what the map shows as Boydtown Beach Holiday Park which is currently being developed further.  To date it has been mostly a camping ground but now has new amenities buildings, more power and water laid in the ground and new cabins. Boydtown  was the original settlement in the bay, founded by Benjamin Boyd in 1843 to service his properties on the Monaro plains. Boyd also developed the whaling station here and erected Boyds Tower at the Southern entrance to Twofold Bay at Red Point. The Seahorse Inn is the main building still left today and is right on the beachfront; still an operational Hotel the exterior has been retained but inside has been remodelled extensively. 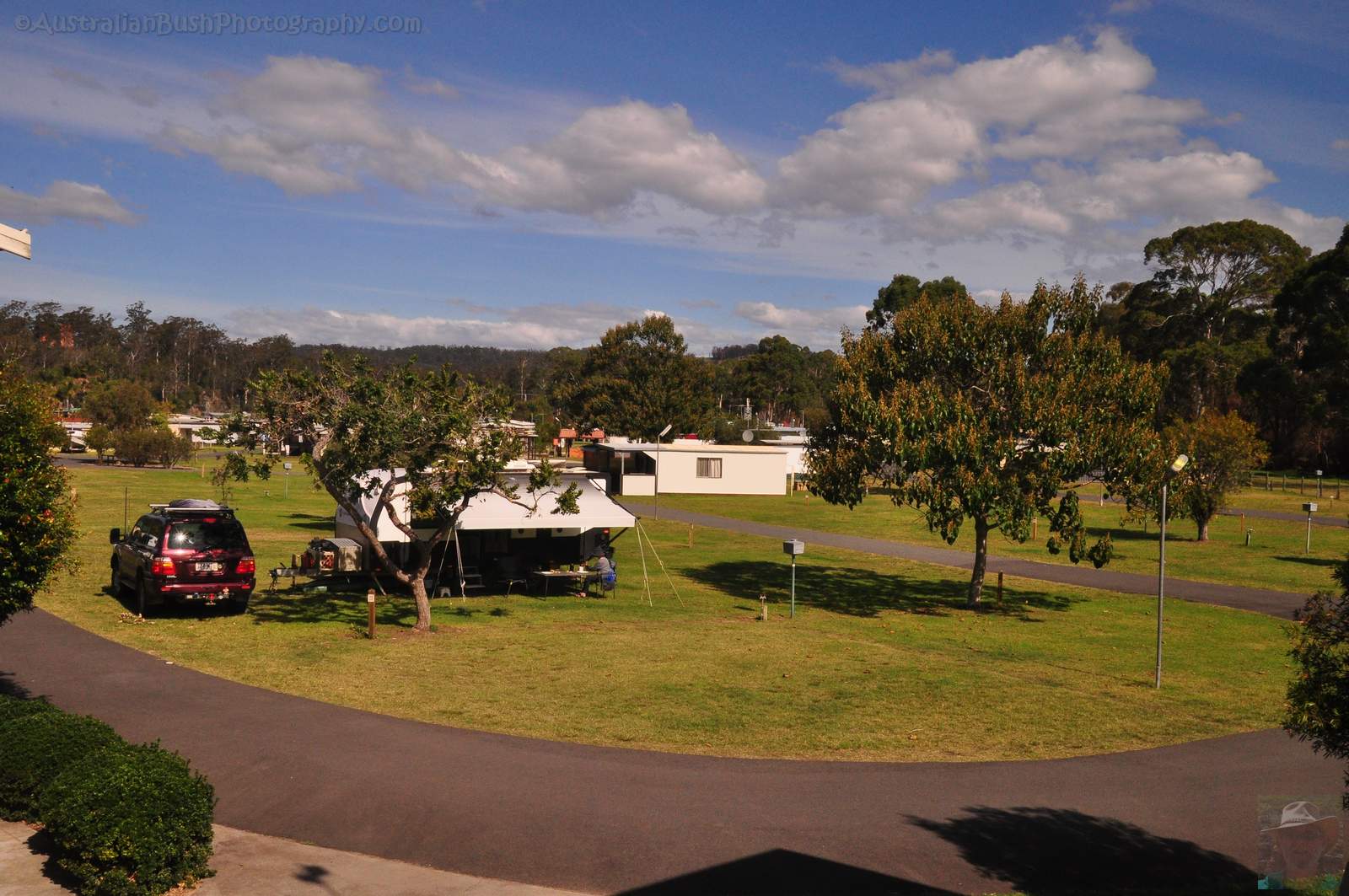 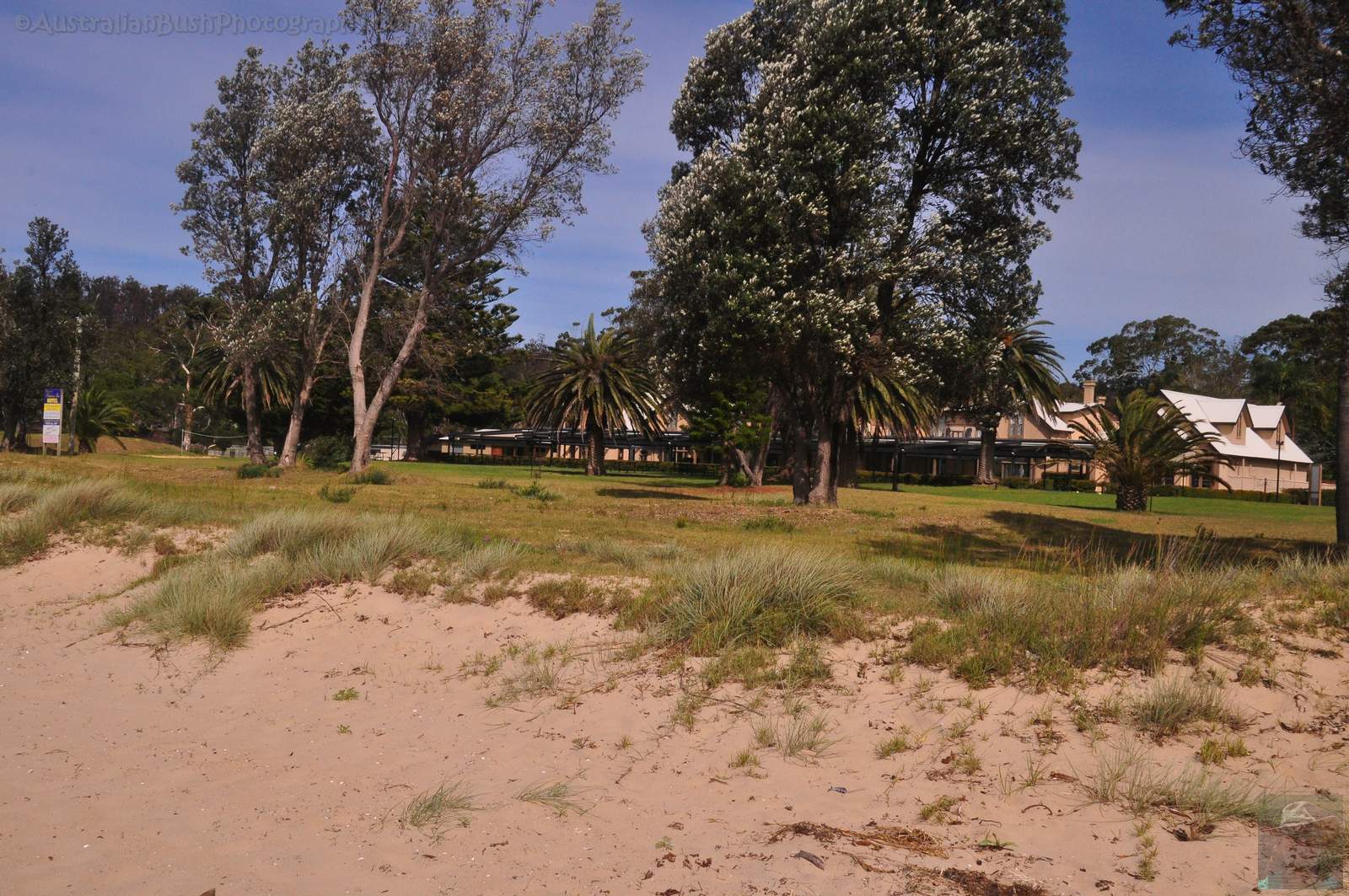 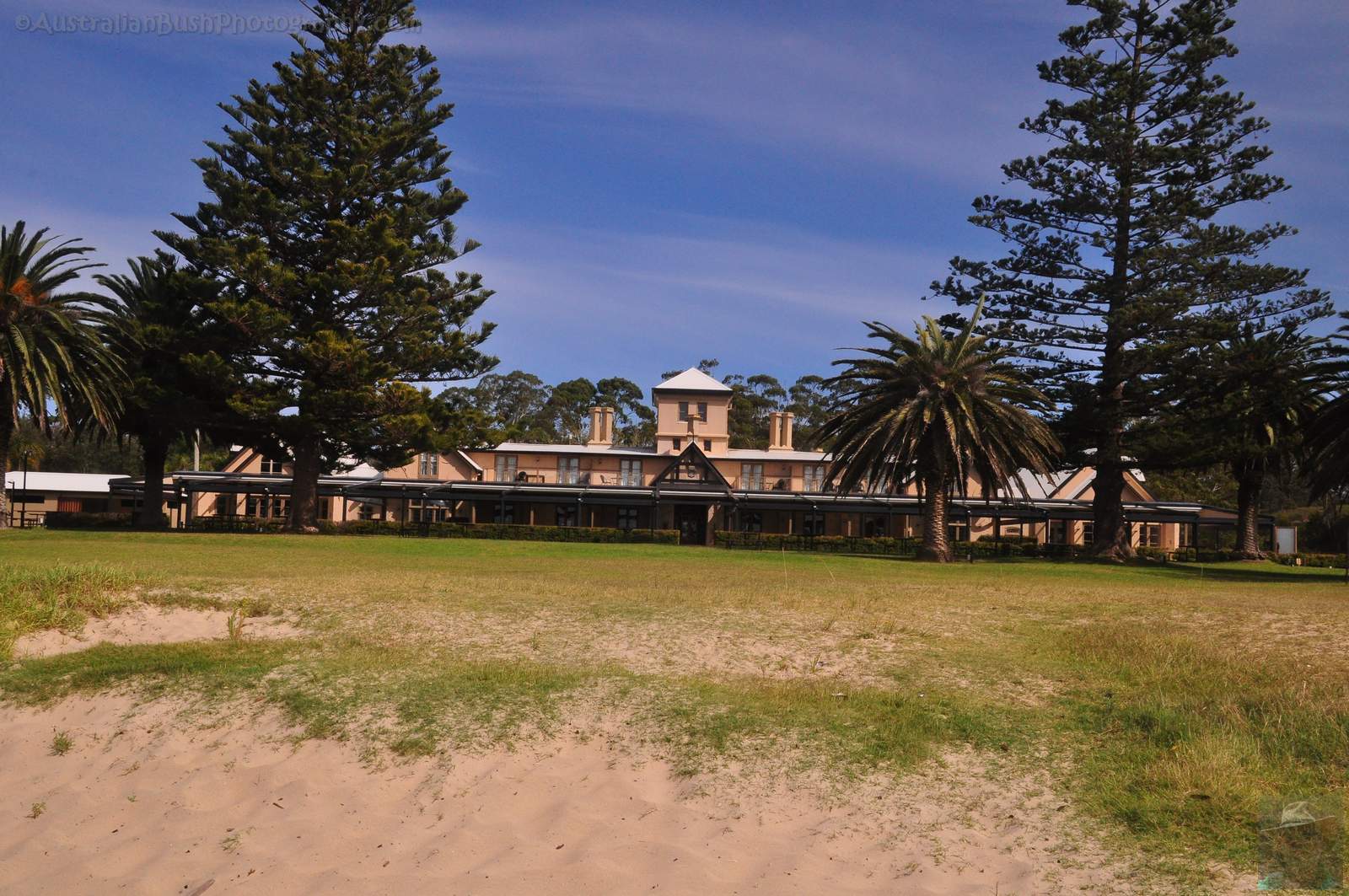 The Image at the top was our original site when we returned here but after the first week or so we were asked of we wanted to move closer to the beach so came down to the Northern end as per the site map and the image just above. 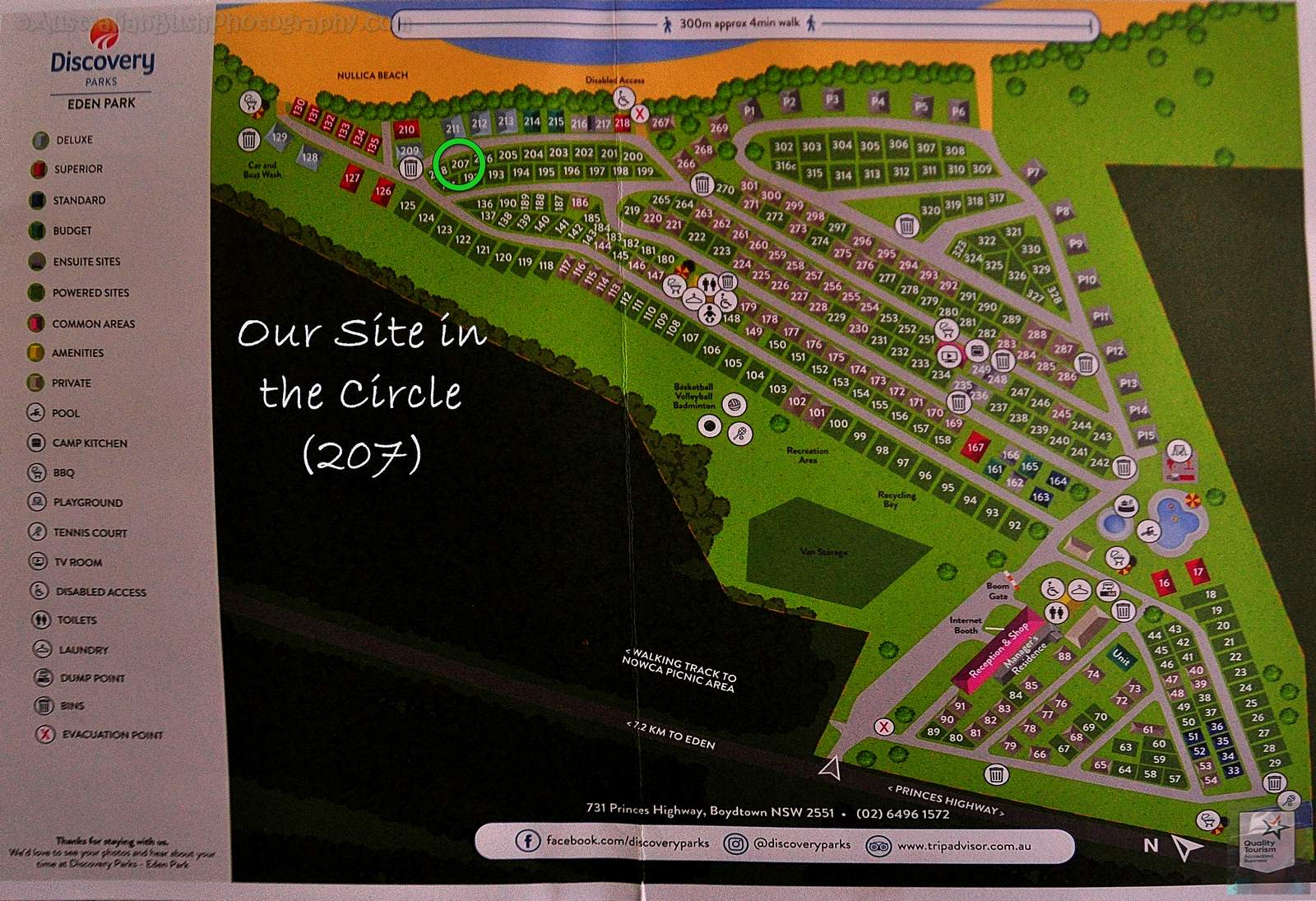