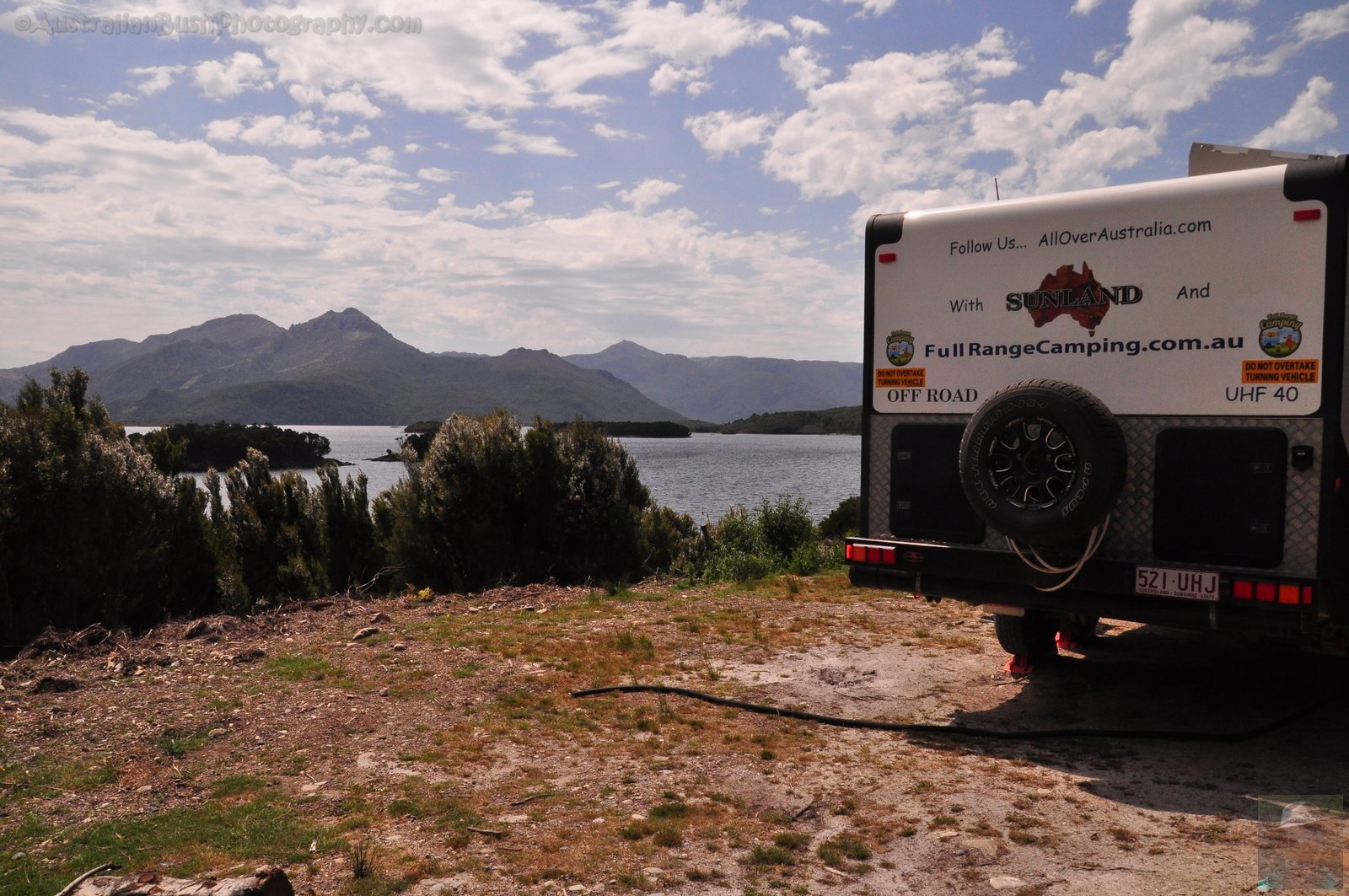 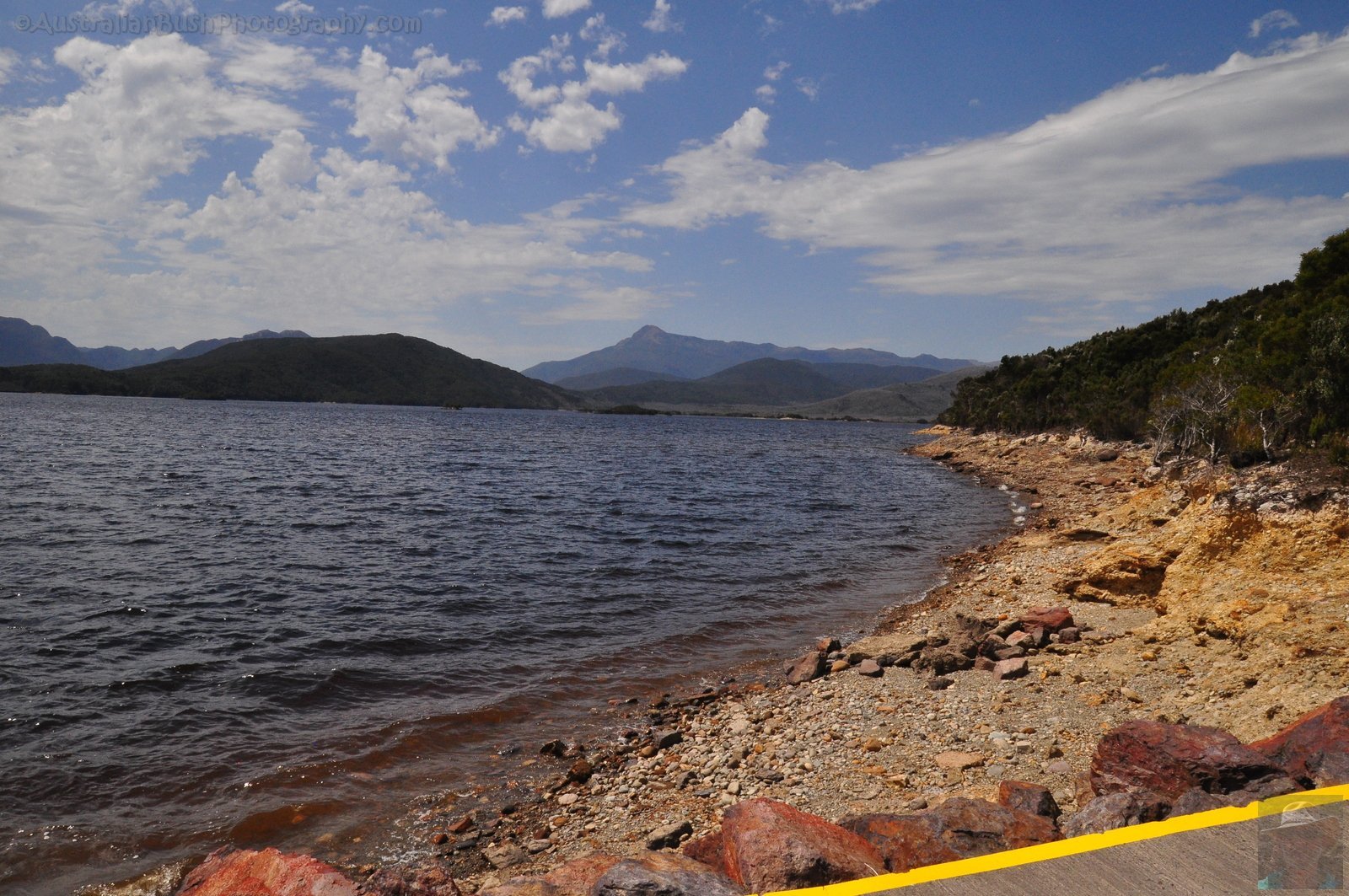 Leaving Strahan after 10 days wasn’t easy after such wonderful hosts as David and Julie who had shared their Christmas lunch with us but we had enjoyed a fantastic run of great weather for a total of 2 weeks between Queenstown and Strahan and it was time to return inland.

Lake Burbury is the largest in the West Coast region at 54 square kilometres and fed mostly by the upper King River. It was the last major dam construction by Hydro Tasmania in the 1980s and feeds the John Butters Power Station which is located just before the confluence of the King and Queen Rivers several kilometres downstream from Crotty Dam.

The West Coast Council maintain the Lake Burbury Campground on the Eastern shore a little North of the bridge which crosses the lake on the way to and from Queenstown. There are a few other small camping opportunities around the lake at small boat ramps. The Campground here has toilet facilities and some drinking water available for a fee of $6/night with an onsite caretaker. We were expecting a reasonable number of campers here being the Christmas/New Year week but it is surprisingly quiet and we managed to get the only spot with a lakeside view.

As we were intending to take a slow loop through the lakes and out to Strathgordon we decided to stay here for New years Eve as we had the lakeside view.