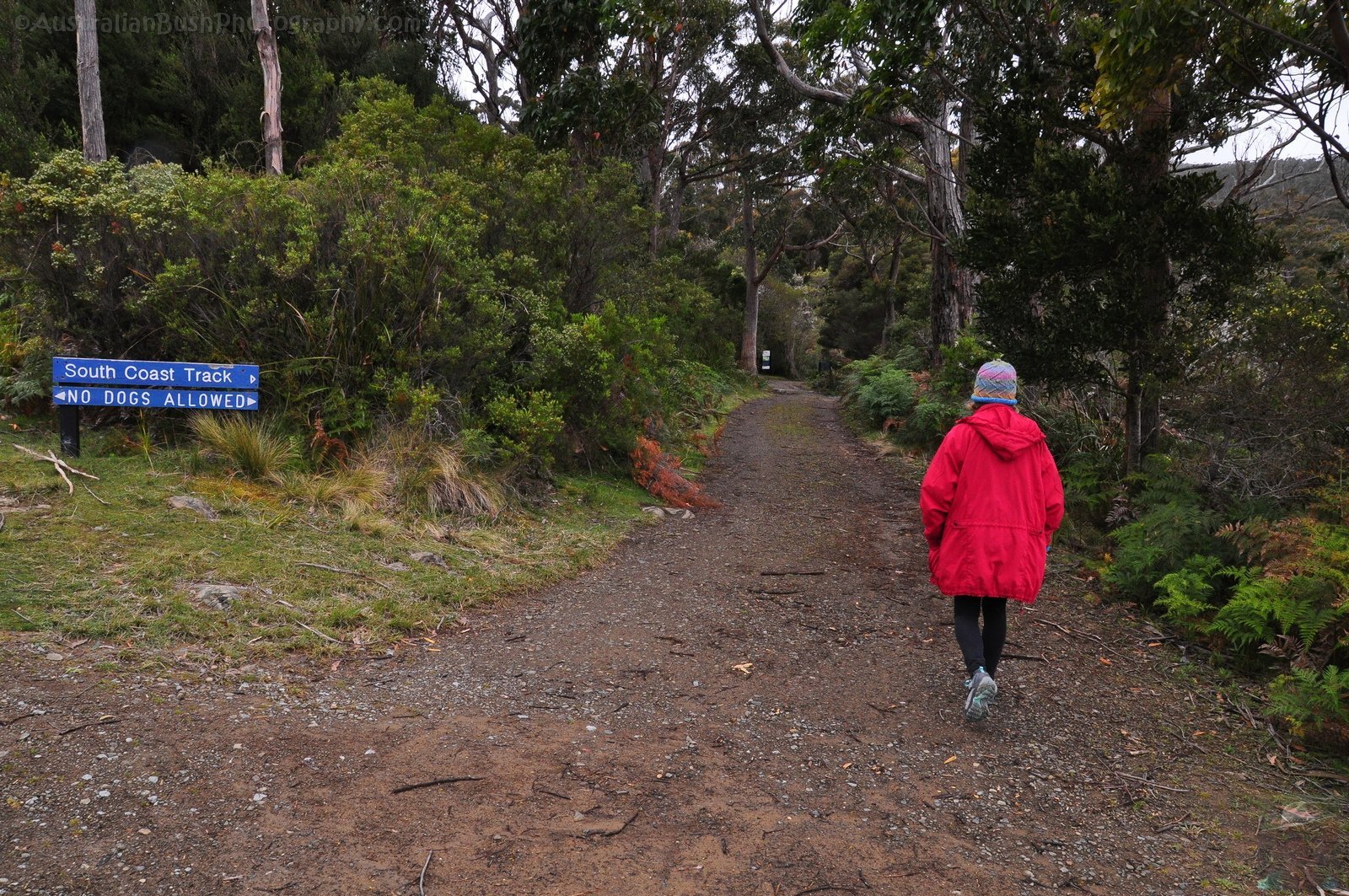 November 14, 2019
With very changeable weather we had to look at the forecasts and decide when to go and attempt this 16km return walk, or at least part of it. Forecasts were similar for two days but as Thursday started out looking reasonable but cloudy we decided to go. Good choice in the end as Friday turned into rain again and even higher gusty winds.

A couple that we met at Franklin told us they had just been and all the flowering shrubs were in bloom on the plains in the central part of the walk (as per main image) and it was worth it just for that, even if we couldn’t make the whole distance.
With Keith’s PN (Peripheral Neuropathy acquired from Chemotherapy ten years ago) walking distance had always been a question mark. In our early years I wasn’t able to go more than about 4km and that has gradually improved to a new record of 11.4km on Maria Island. The challenge of close to 16km, and having pulled out of the total distance to Cape Hauy (shorter but much harder going) we thought we might at least do the centre and see the flowers, perhaps 10km return. Having reached about the 5km mark we were feeling good about the rest and so kept going. I have to say it was worth it for the walk itself and to say that we reached the most Southern easily accessible point of Australia at South Cape Bay.  We were however, both suffering a little with the last 2km home having both jarred a knee somewhere on the rocky track of the Cockle Creek end over the ridge…but we did it! …… and this is the view when you get there

The photo gallery tells the story of the progression of the walk; there are vastly different sections along the way from more traditional forest over the ridge to the grasslands of the central plateau and then into dry woodland close to the coast. The flowering shrubs were truly magnificent even though we had just missed a few of the flowering grasses. At the end of the journey we sign out of the walkers registration from where we registered to commence one of the best walks we will probably ever do.
This is a very large gallery of images but it is too hard to leave much out from such a great walk.