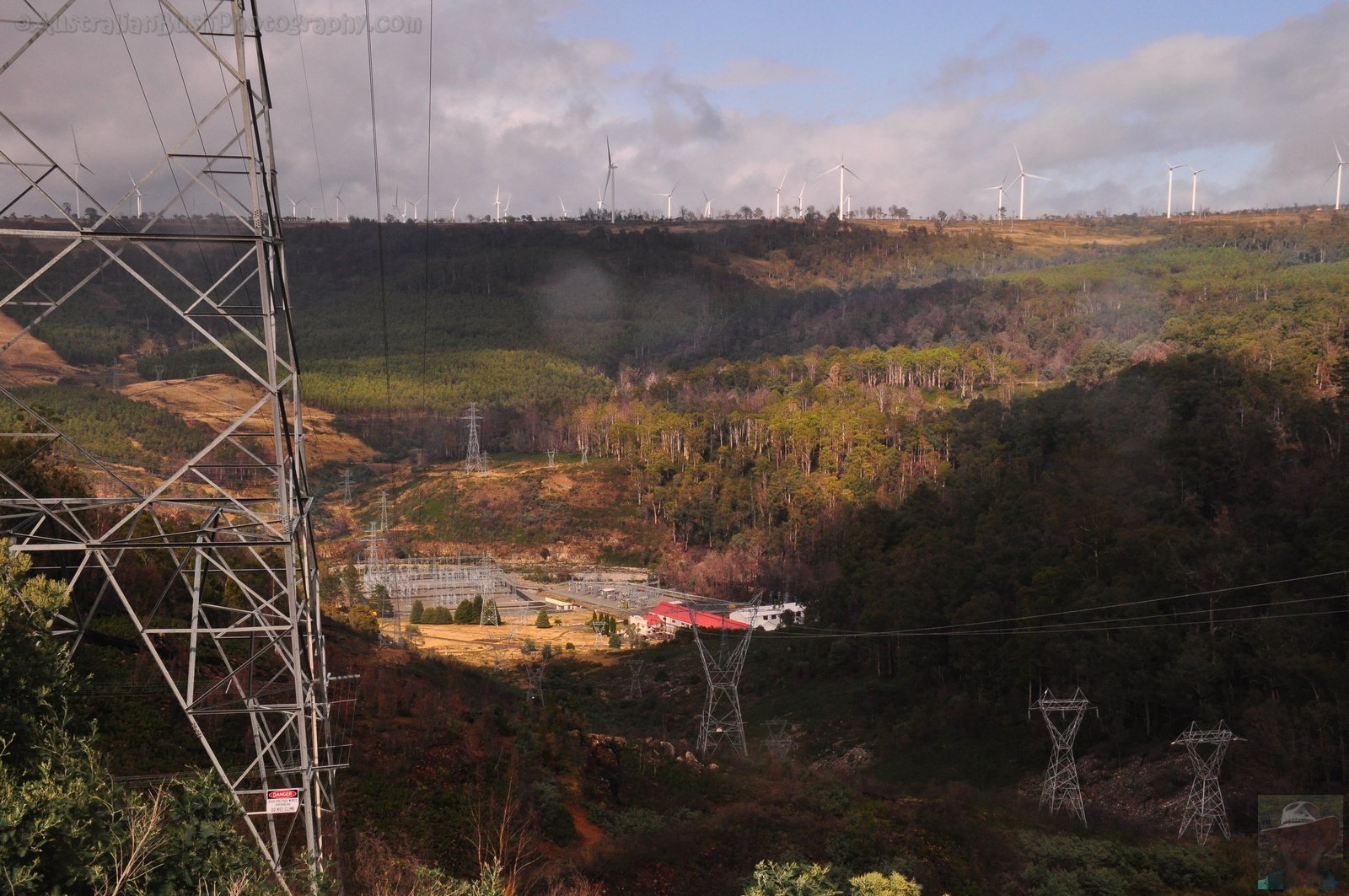 February 3, 2020
Another 7 km from Penstock Lagoon is the descent down (above) to the Waddamanna Power Station. The first Hydro Power Station in Tasmania’s now extensive scheme, Waddamanna A was commissioned in 1916 and in many ways was a pioneering effort.

The view from the Northern approach opens up to a view of the new Cattle Hill Wind Farm; not yet finished and operational this site has a total of 48 Wind Turbines and introduces the “Identiflight” technology which detects airborne objects and is designed to identify the eagles which fly in this area and turn off the turbines which may be in the eagle’s flght path.

Waddamanna A is now a museum manned by a couple of volunteers every day except Christmas and has been restored in many areas with some special attention to opening up one of the original two generators to show the inner workings. Displays in various areas and rooms give an insight into what it was like from the construction to the the first operations and including life in the village that was Waddamanna in Tasmania’s Central Highlands with Winter snow and difficult access.

The village included a school and church with a Community complex cnsisting of a hall, tennis court and a little later a heated pool. Most of the village buildings were relocated when the stations were closed but a core of the village remains as an educational centre.