Albury and Broken Down 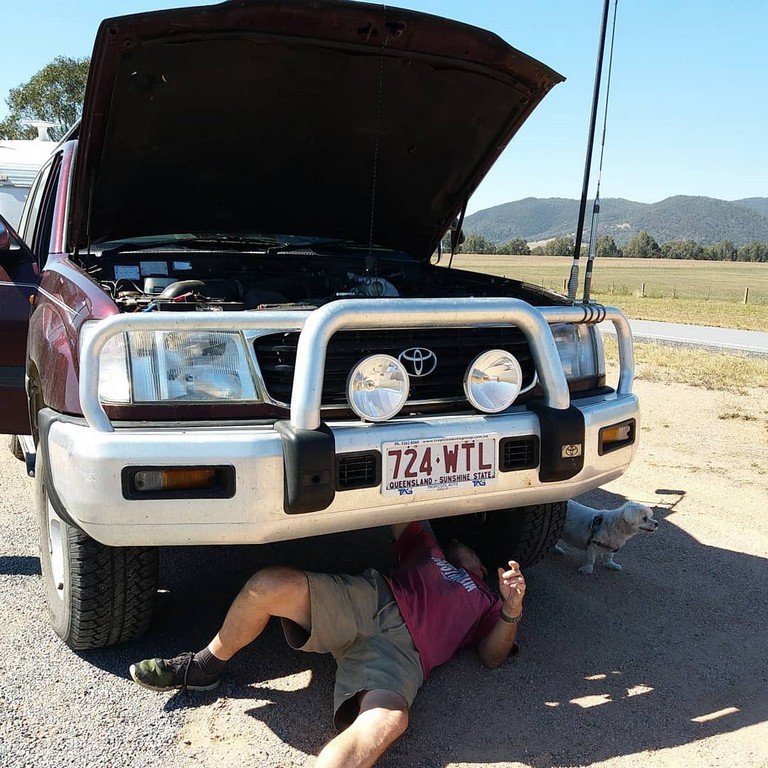 After a pleasant start to our Murray River adventure it all came to pieces after we left Indi Bridge.  About halfway back to Lake Hume via Jingellic we experienced partial power steering failure and engine oil pressure loss – a strange combination?  Stopping twice, including at the roadside next to the “Murray Grey” memorial there was nothing visibly amiss so we pressed on with very low oil pressure (but not the warning light so at least there was still circulation) as far as Hume Village and resort; ten it was time to call RACQ and excersise our Ultimate membership.

Not able to take my word that it needed towing we had to have a patrolman come out first (about 25km from Wodonga) so that he could tell them it needed a tow truck.

Tow truck arrived without too much delay but then he had no adapter for our small 7 pin caravan plug (apparently now only common in Queensland) and so had to take the van on the truck and came back in his Ford Ranger to tow the van (armed with an adapter he had to buy en route). 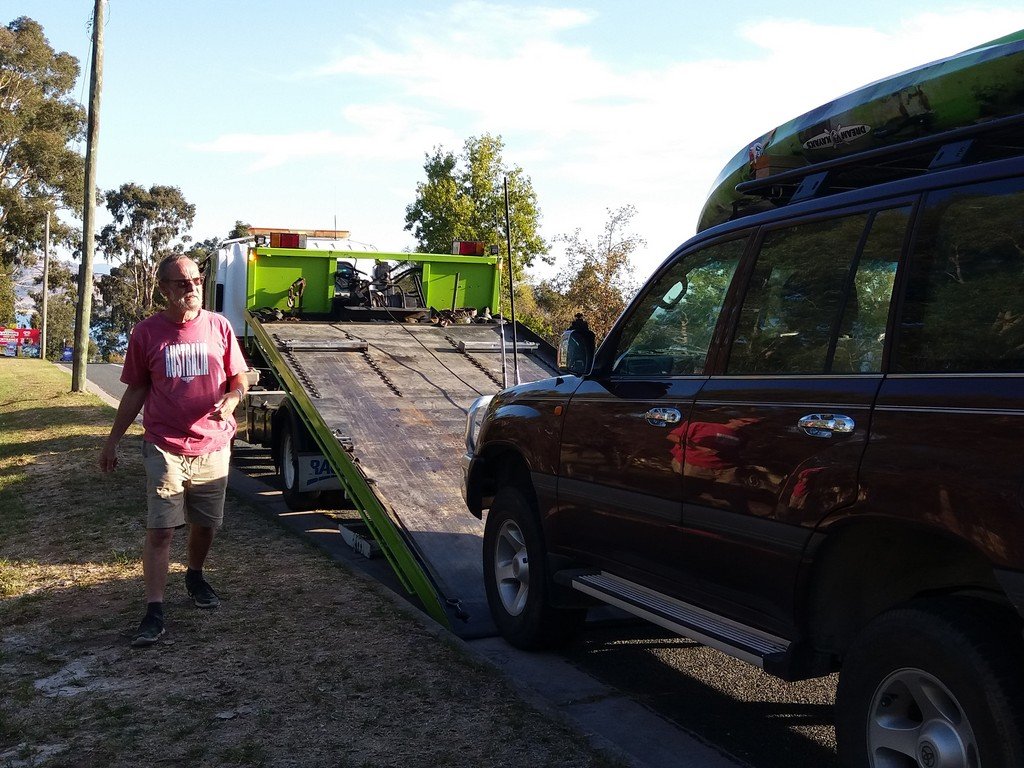 Landcruiser when it was retrieved from Lake Hume 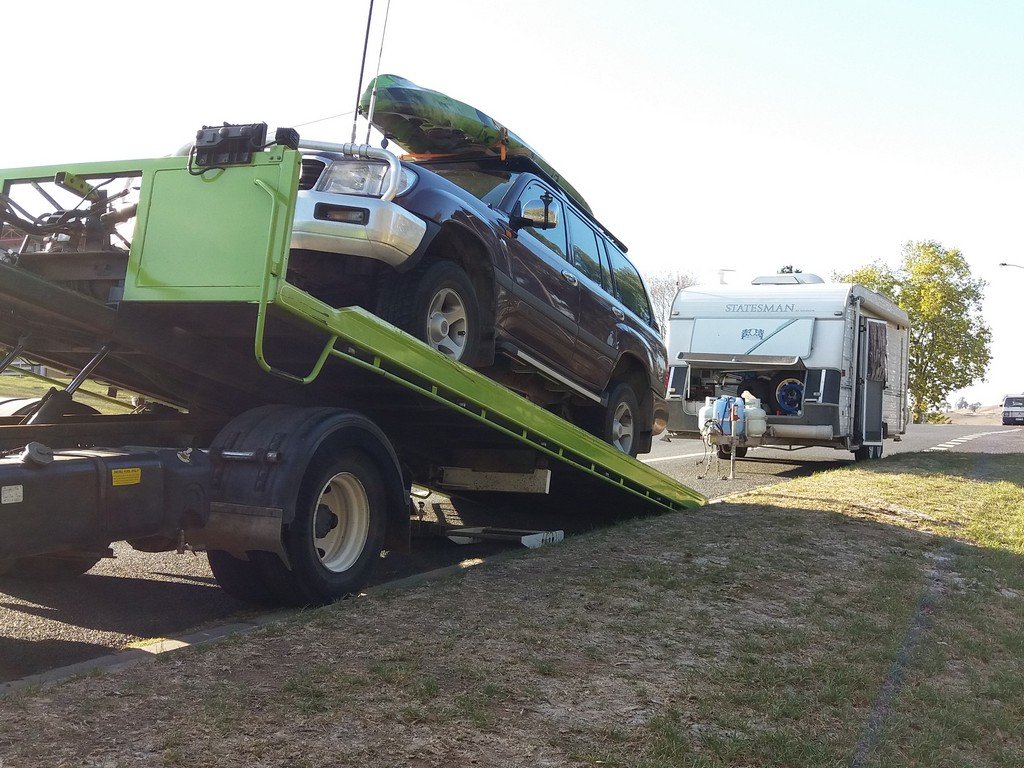 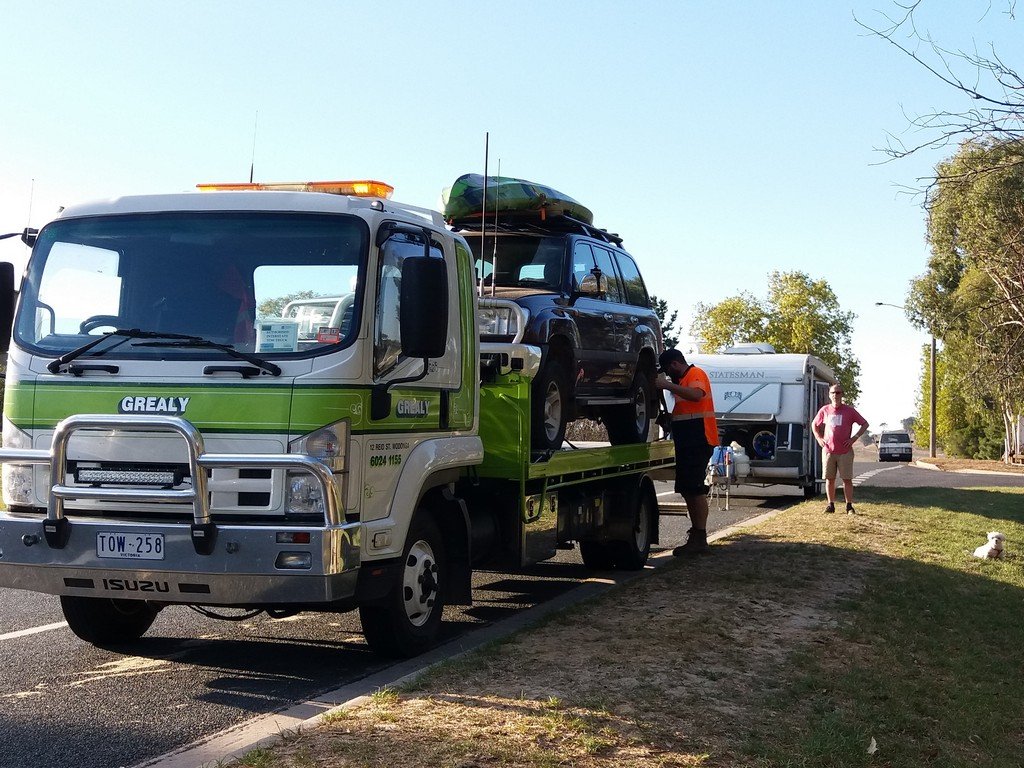 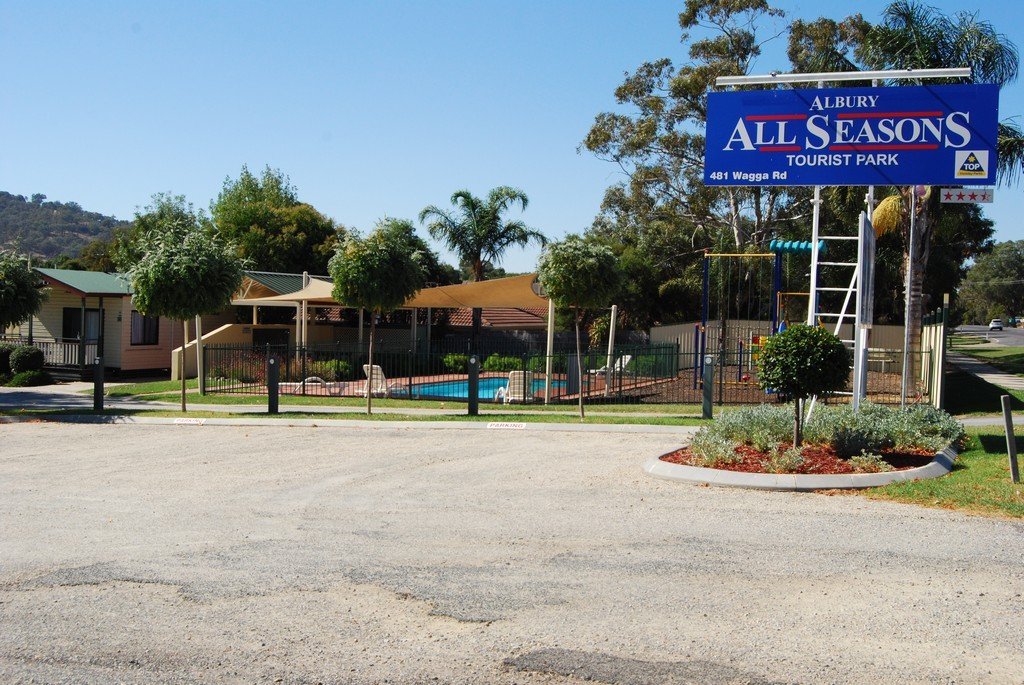 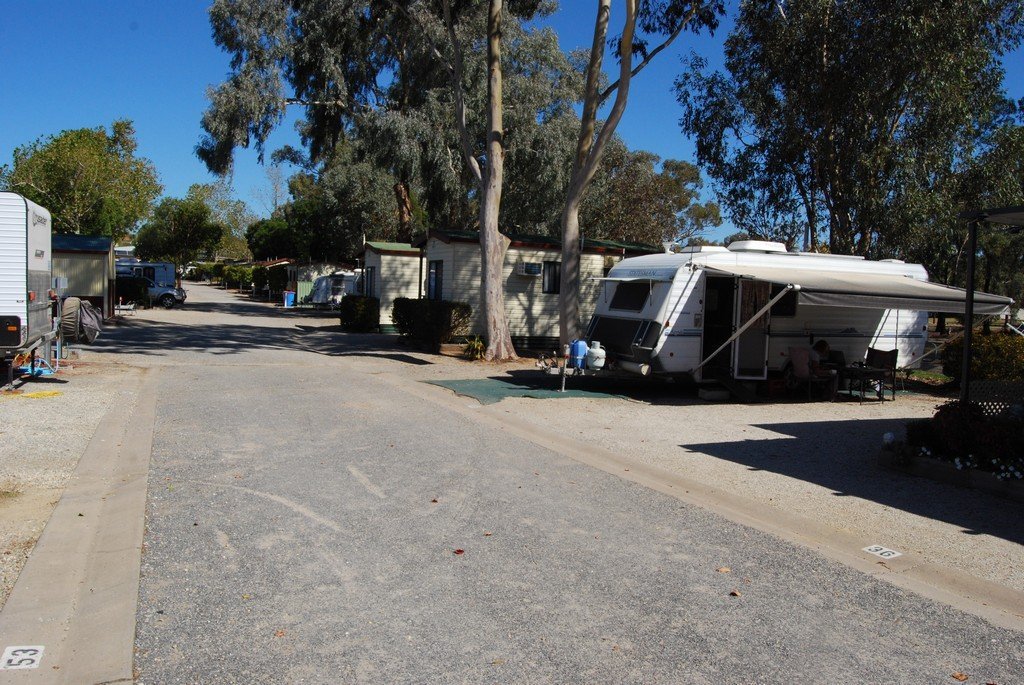 This took the cruiser to Wodonga but the van to a Caravan Park in Albury as the two in Wodonga were full (School Holidays).  So here we have been for a week tomorrow.  The bad news was that the failure in the cruiser means lifting the engine out and possibly a rebuild while it is out to maximise the value of an expensive repair, we will know more in  a few days when they have fully assessed it.  Meanwhile RACQ are paying for the Park costs, there is an Aldi 1.2km down the road and Woolworths another 300m further on.  Rob and Tricia (neighbours and friends since we lived in Tootgarook in the 80s) now live in Corowa (65km away) and have offered their vehicle to tow the van over there as the cruiser could be 3 weeks before completion.  Meanwhile we have arranged for RACQ to pay for here until next Wednesday and then we will probably move to Corowa.

← Indi Bridge Campground, Murray River Corowa -Our Refuge for a while! → 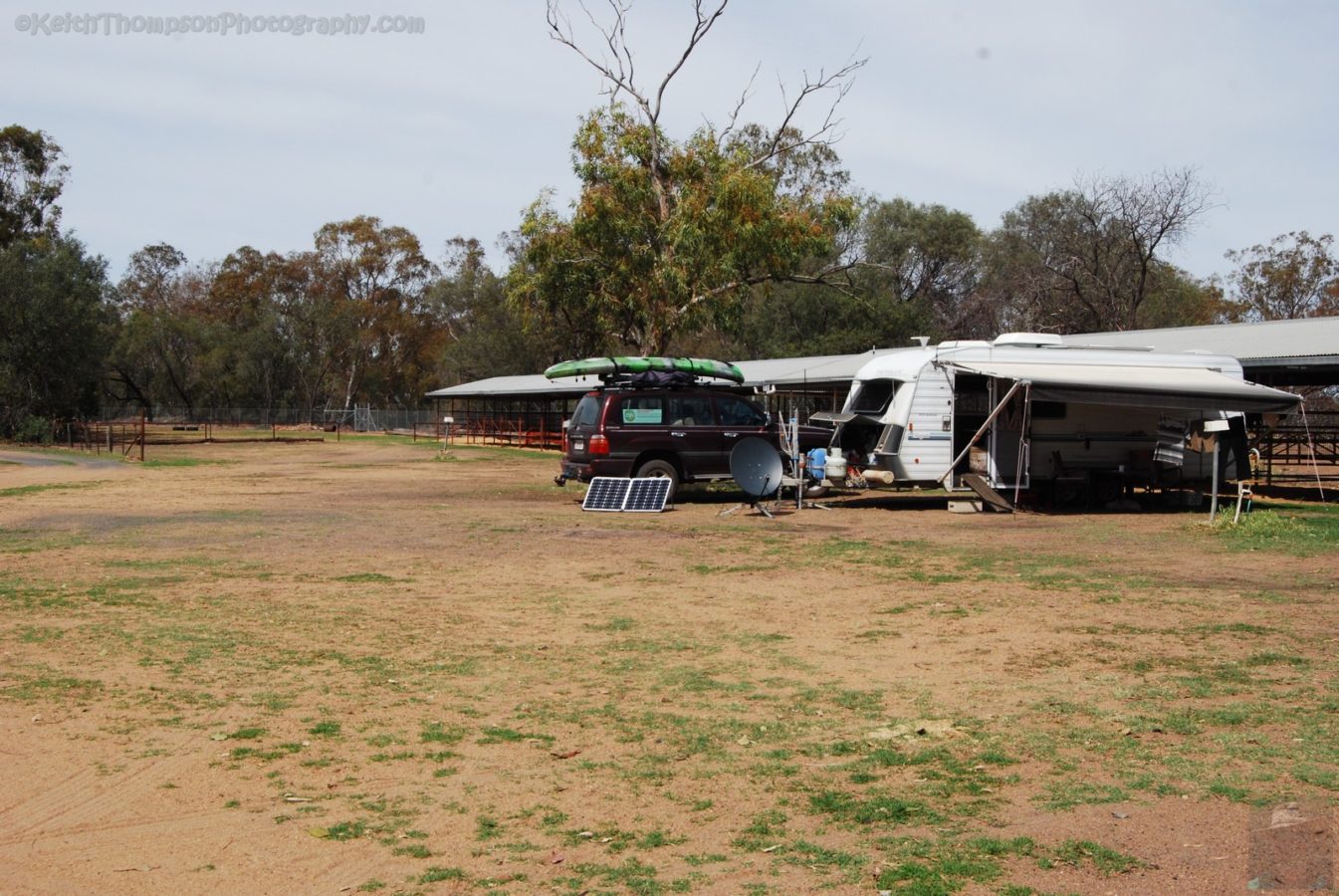 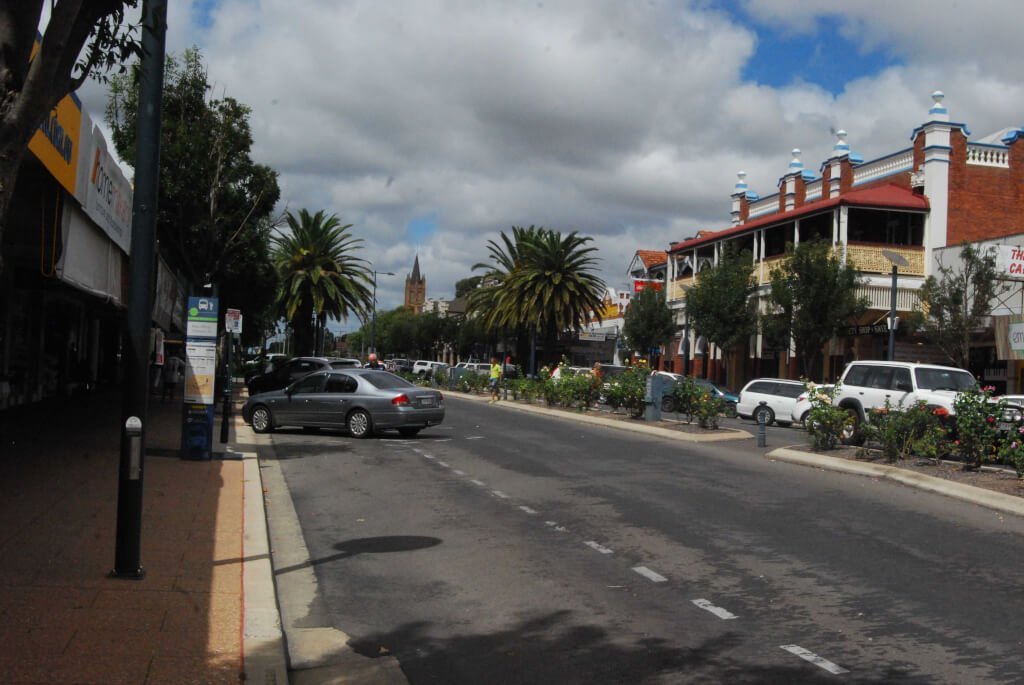 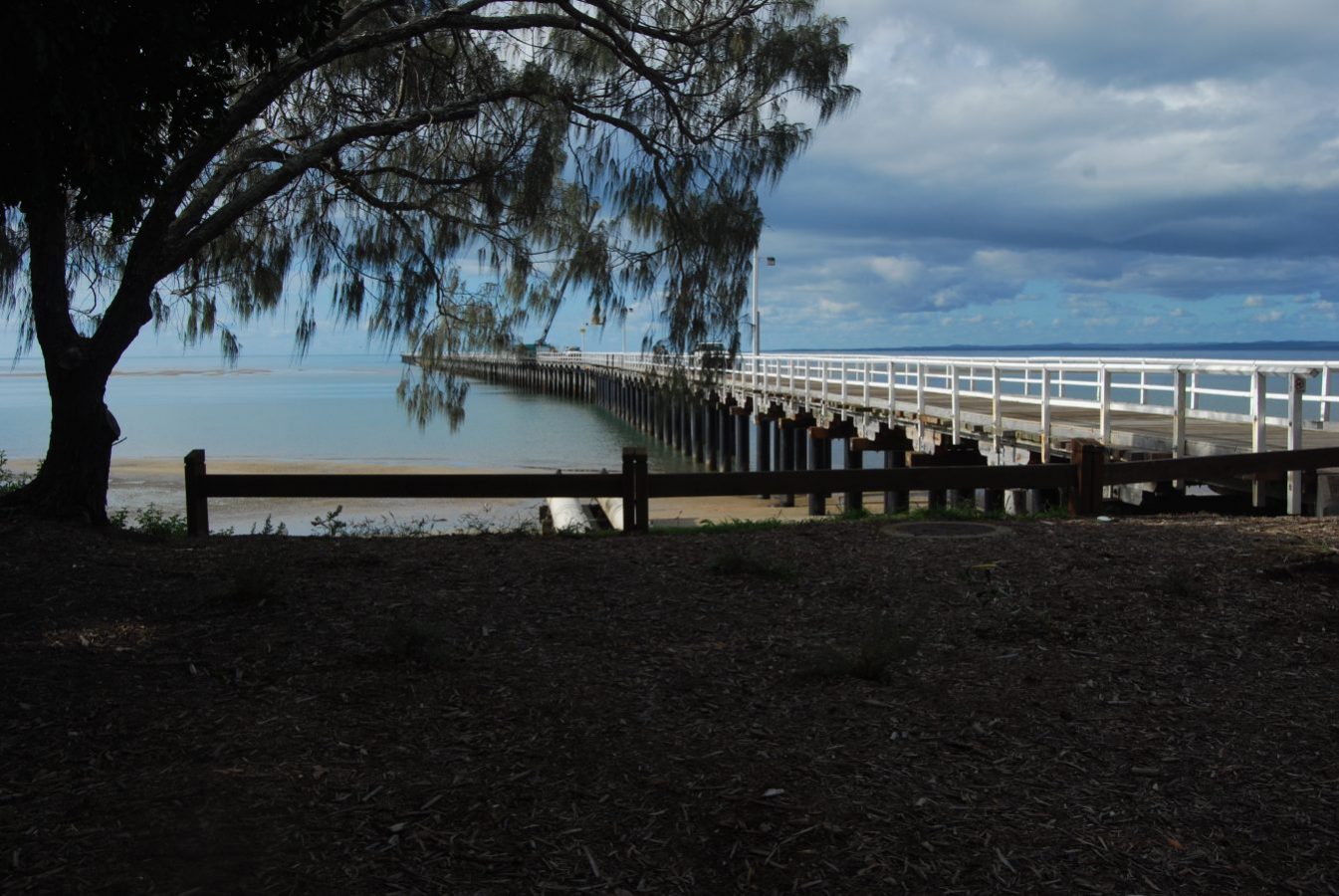 ← Indi Bridge Campground, Murray River ← Corowa -Our Refuge for a while!