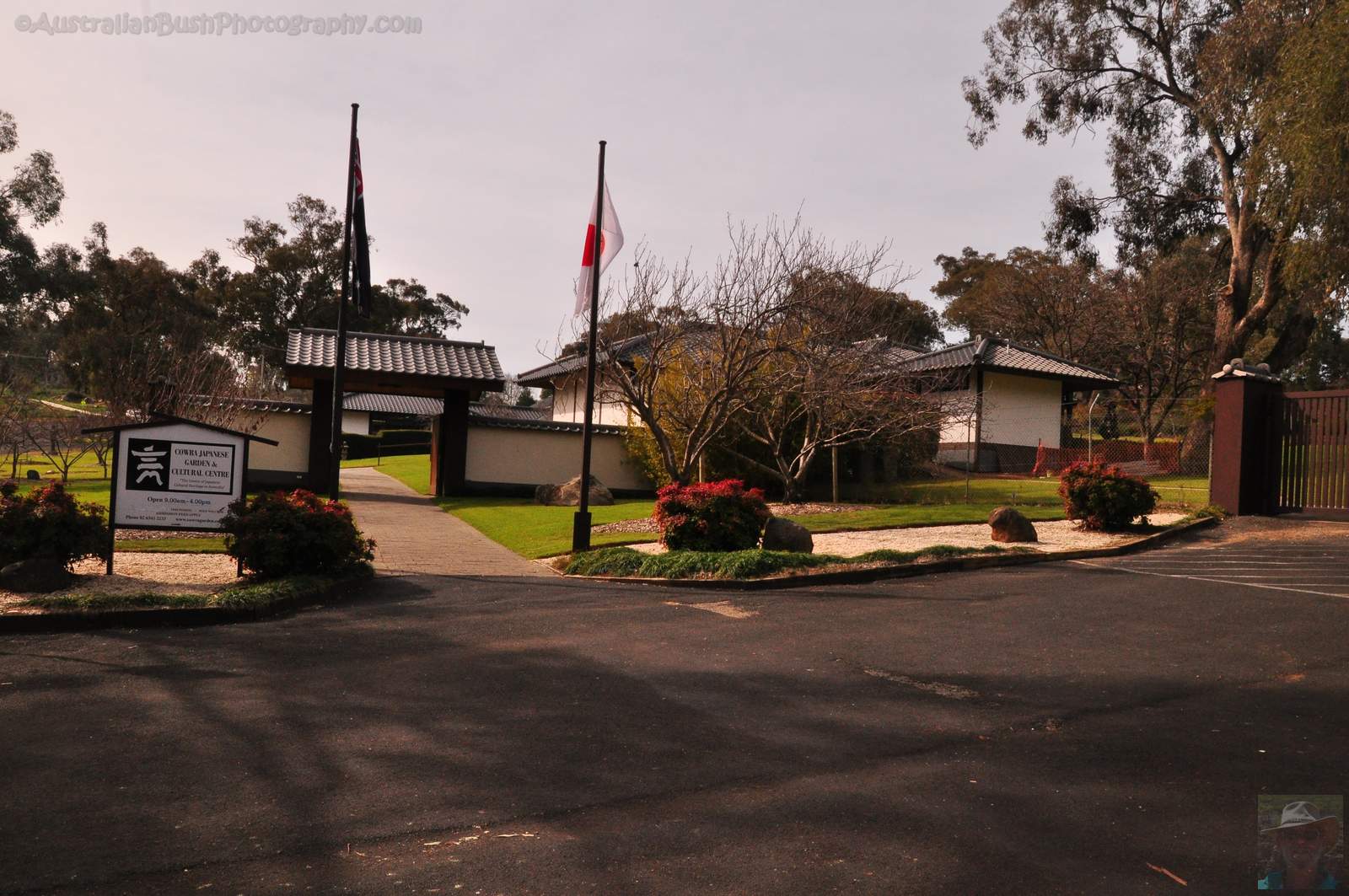 July 18, 2020
The Japanese gardens at Cowra were a project which took many years to complete from the decision in 1971 to first stage opening in 1979 and the final stage in 1986. This partially came about after the Japanese Government in 1960 had relocated all other Japanese prisoners of war who had died in Australia to the existing Japanese Cemetery at Cowra where the 231 who died in the breakout were already buried. This began a relationship with Cowra which grew to what it is today.
On the hill above the Japanese gardens is the Cowra Lookout which gives, among other directions, this panoramic view of the town.

The images take us on a walk through the gardens in a clockwise zigzag direction, ending in the Cultural Centre where various artefacts are on display. mostly donated by various Japanese institutions.
← Cowra POW Camp Cowra Sculpture Park →