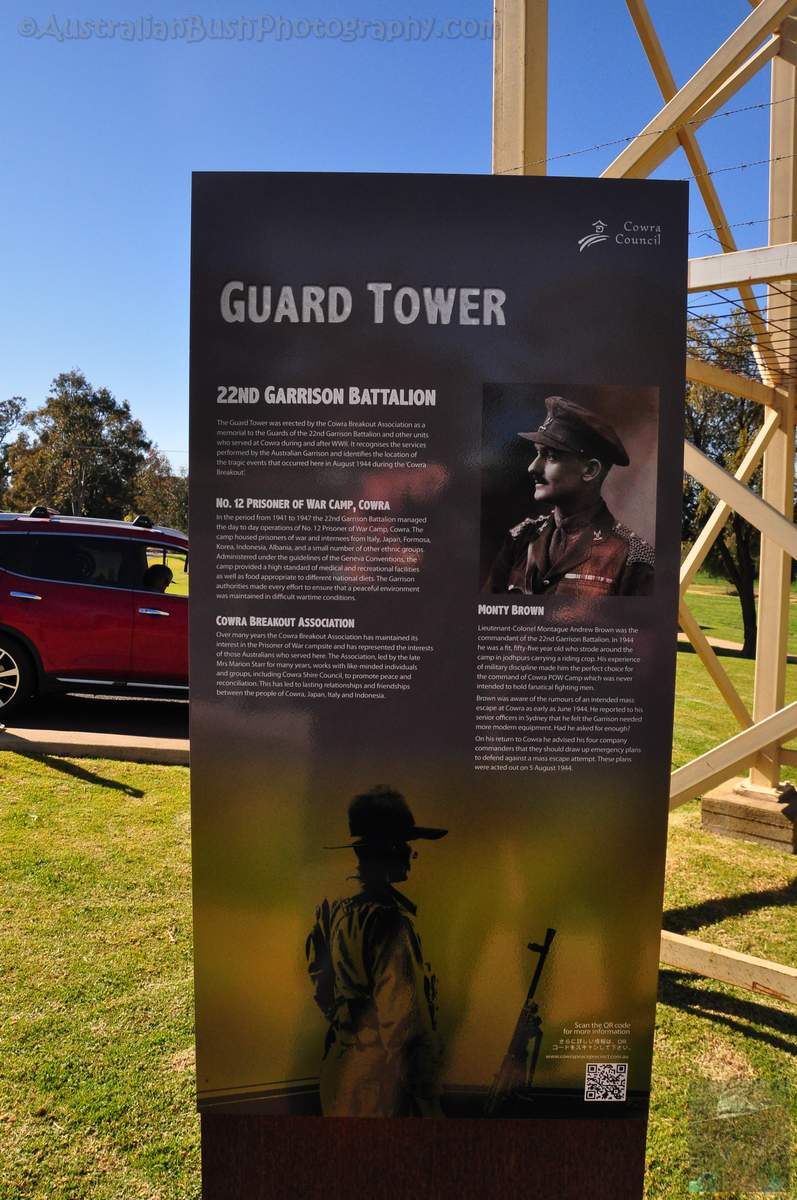 Top: The replica Guard Tower marks the parking area and the start of the walking trail around the site.

The POW Camp at Cowra was, of course, the site of the famous “Cowra Breakout” on August 5, 1944 when 1,104 Japanese prisoners of war attempted to escape. Then and during the following days 4 Australian soldiers and 231 Japanese soldiers were killed. The remaining escapees were re-captured and imprisoned.

The camp was not just for the Japanese however (of which there was a total of 2223) but around 2000 Italians and a number of Koreans were also interred here.

Not much remains today as all the structures were auctioned off and only the footings and slabs are left. Walking trails take you around the main camp area and also along the “Garrison Trail” which leads around the hill above the camp where the staff accommodation and facilities such as the vegetable ardens and fiewood yard were placed. Out photos here follow that trail with views over the main area.
← Yass and Cowra Cowra Japanese Gardens →