Sunday was forecast as another of those clear, fine, cool Tasmanian Winter days so we figured a walk at higher altitude was probably worthwhile.  We had previously driven up to the Blue Tier Reserve and did the very short Goblin Forest Walk.

This time we chose one of the three 2 Hour walks, the walk to the summit of Mount Michael.  This takes you from a starting point at around 620m to the summit at just over 800m, most of the climbing is done in the last half.

Temp when we left “home” was about 6 or 7 degrees, so I guess up here it was a touch cooler at 620m, witnessed by ice on all the puddles of water and frost on the path! 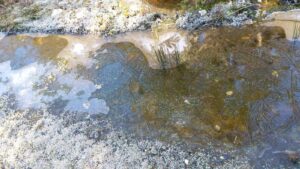 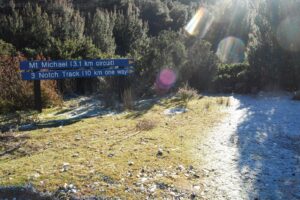 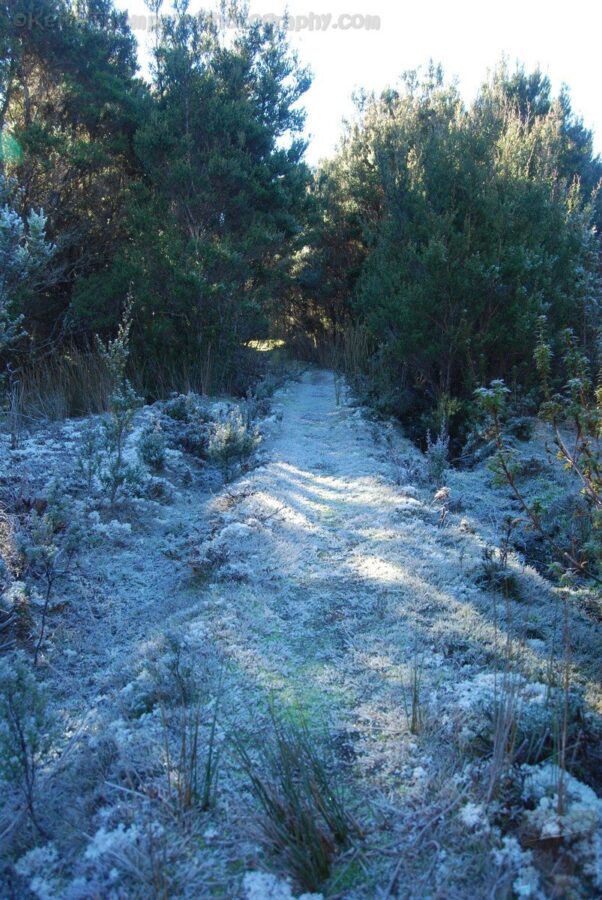 Having said that about the temperature it makes for good walking weather, especially when you are going up around 200 metres.  In the first part of the path you cross two small creeks over old timber bridges left over from the extensive Tin mining that took place right through this area, some of it until the mid 1990s. 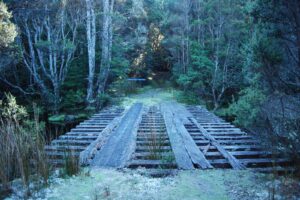 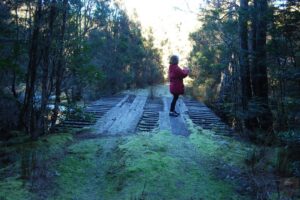 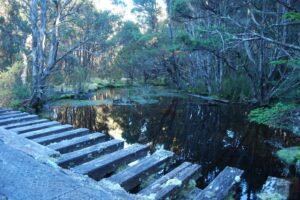 Walking on from here remains flat for a while and produces some interestingly different vegetation; these White ground covers are abundant through the areas of less shade and the colouring adds to the Wintry effect. 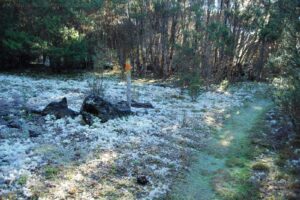 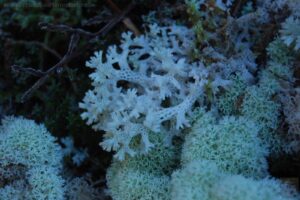 There are a few other sights along the way, like the old miners water race, always dug by hand of course, and often over long distances.  A few obstacles get in the way occasionally as well, such as water crossings (plans provided!) and the odd fallen tree.

Still on the flat you eventually arrive at a split in the path where the other way is a 10km each way walk along the Three Notch Track, just a bit beyond our comfort level!  On the way are other interesting growths. 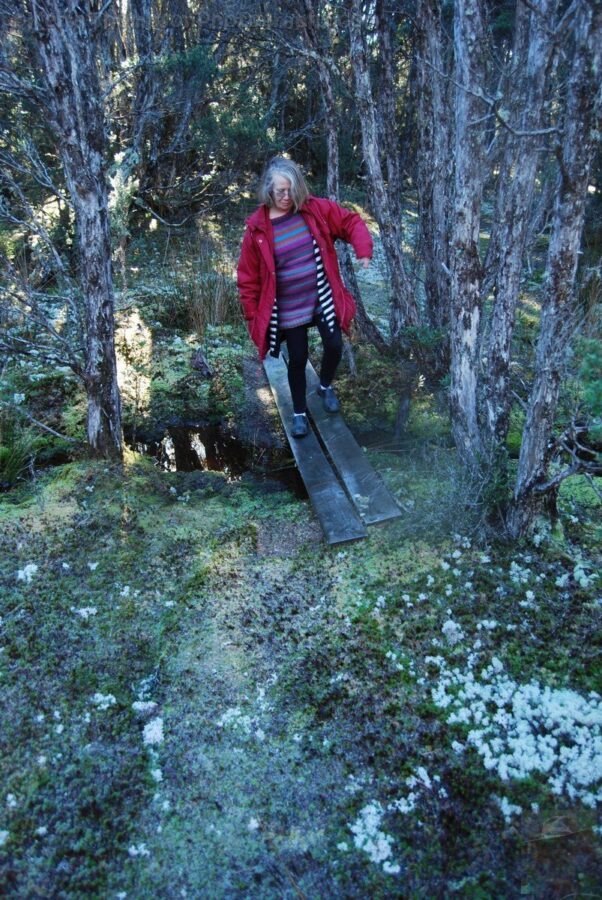 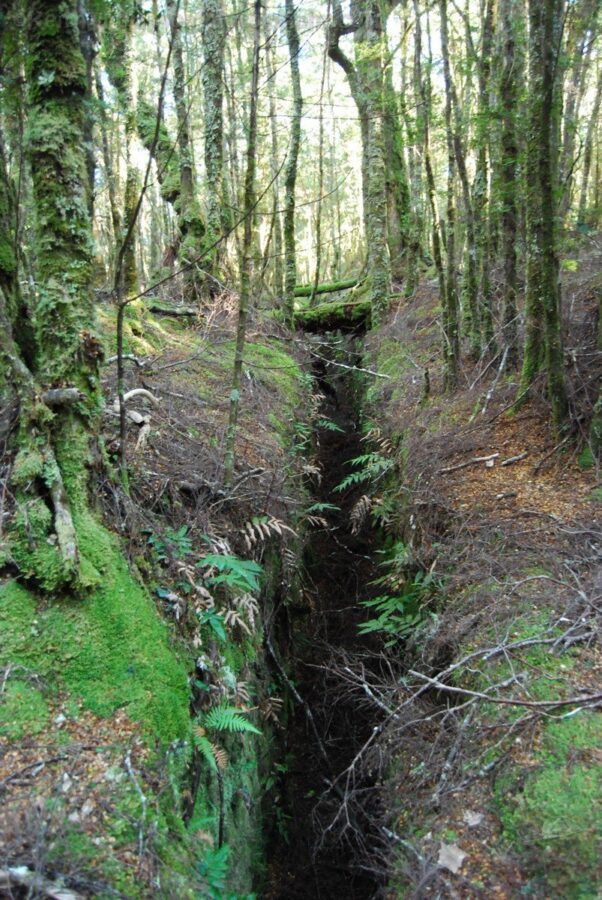 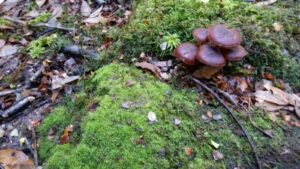 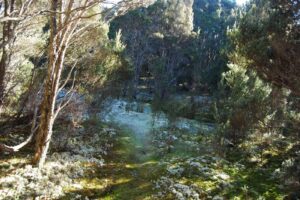 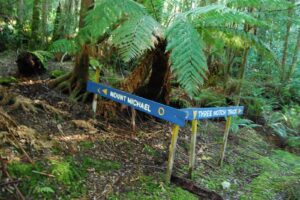 From here on the climbing starts and gradually gets steeper until you reach the open area close to the summit and the views begin!  There are a lot of fungus growths here considering the time of year as traditionally they are more commonly found in Autumn. 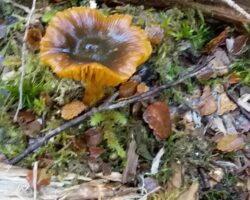 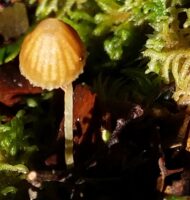 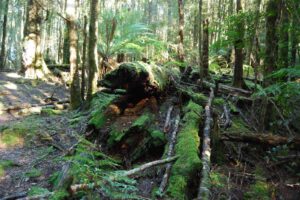 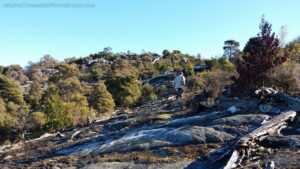 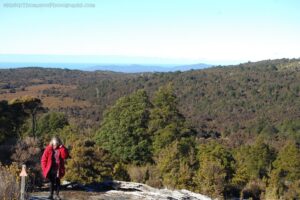 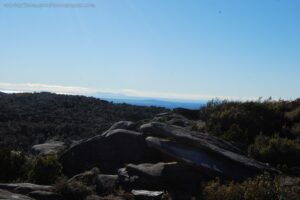 The view below has a bend in the road visible at the centre and the other image is the view of Mount Michael from that location which is the end of the walking track. 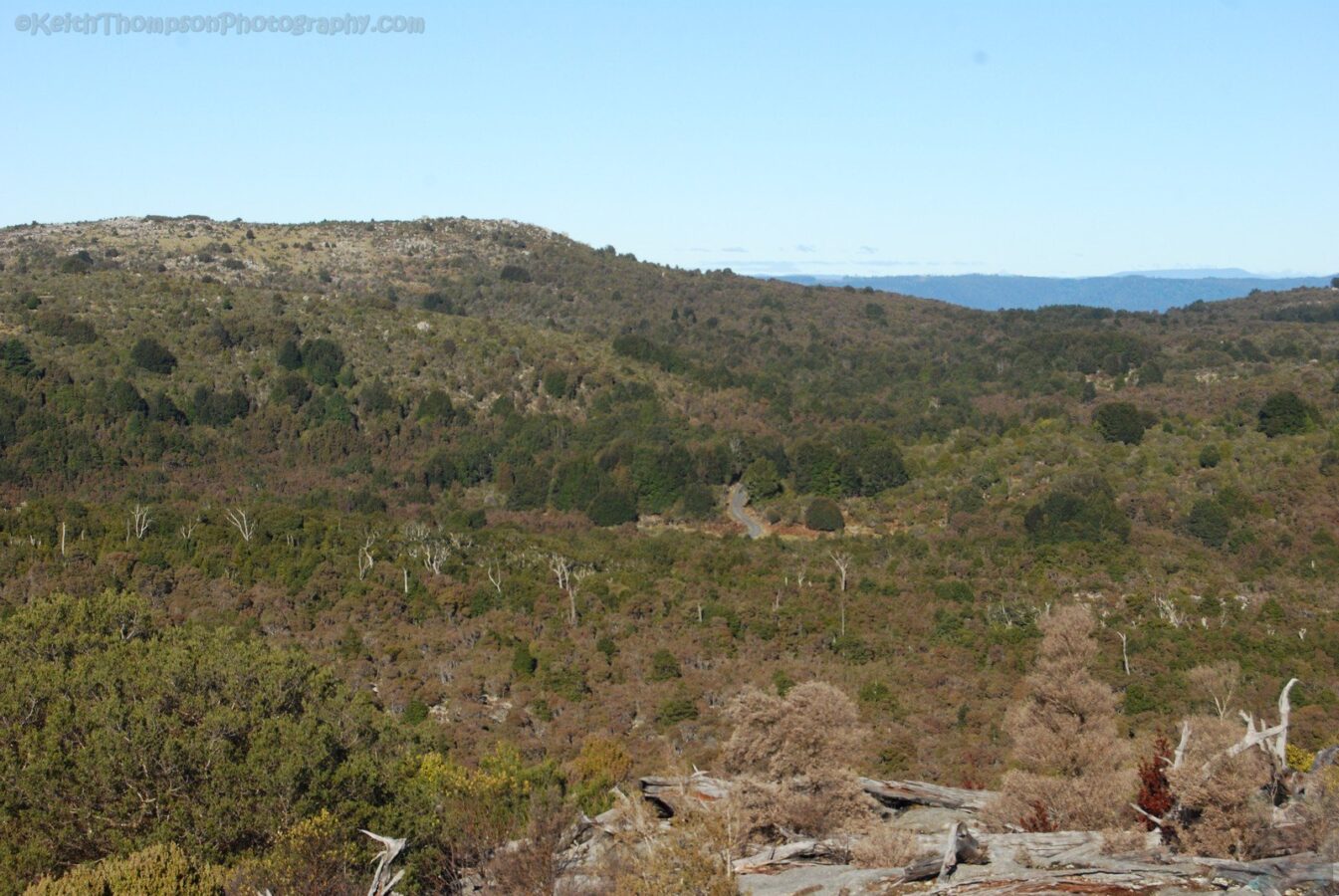 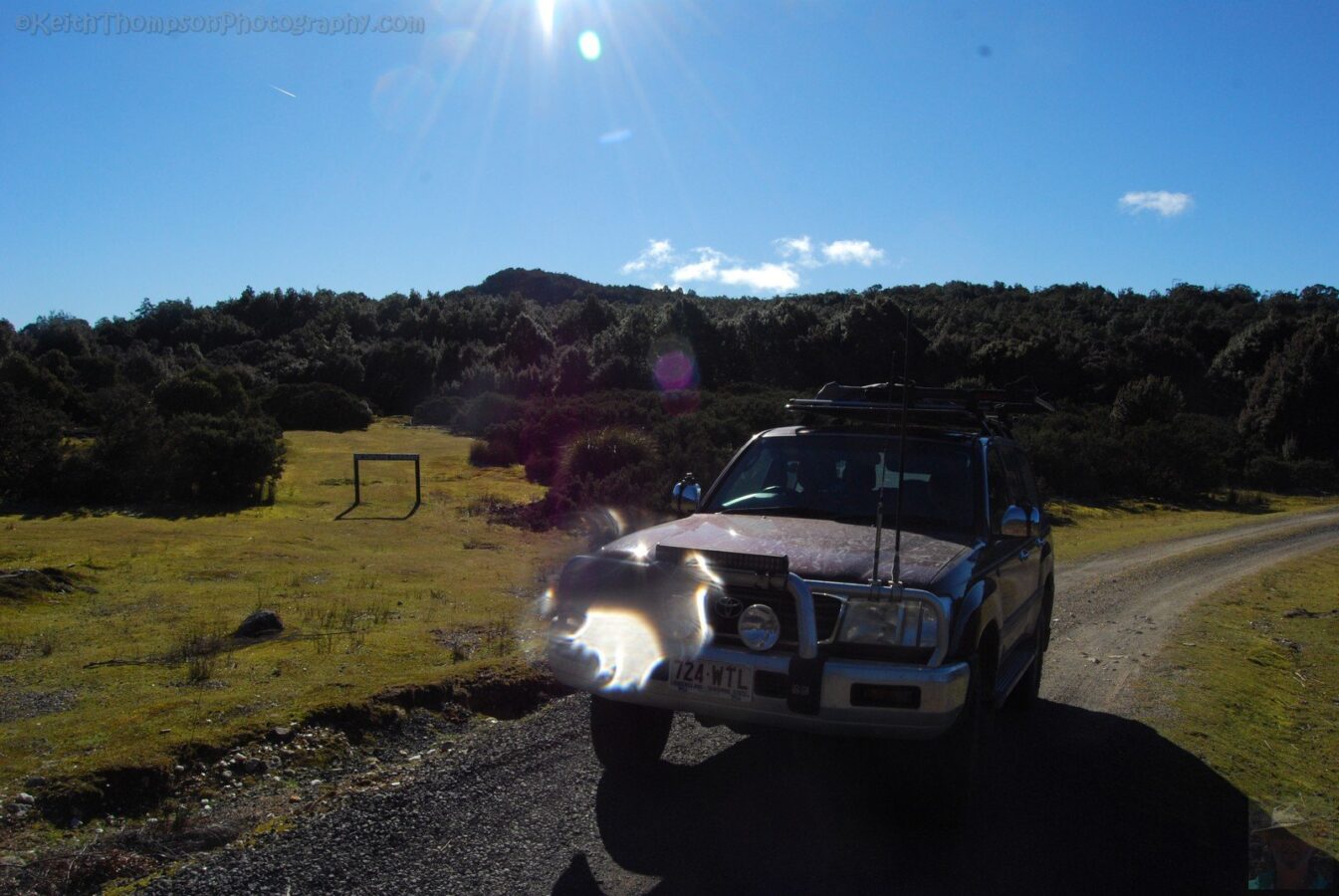 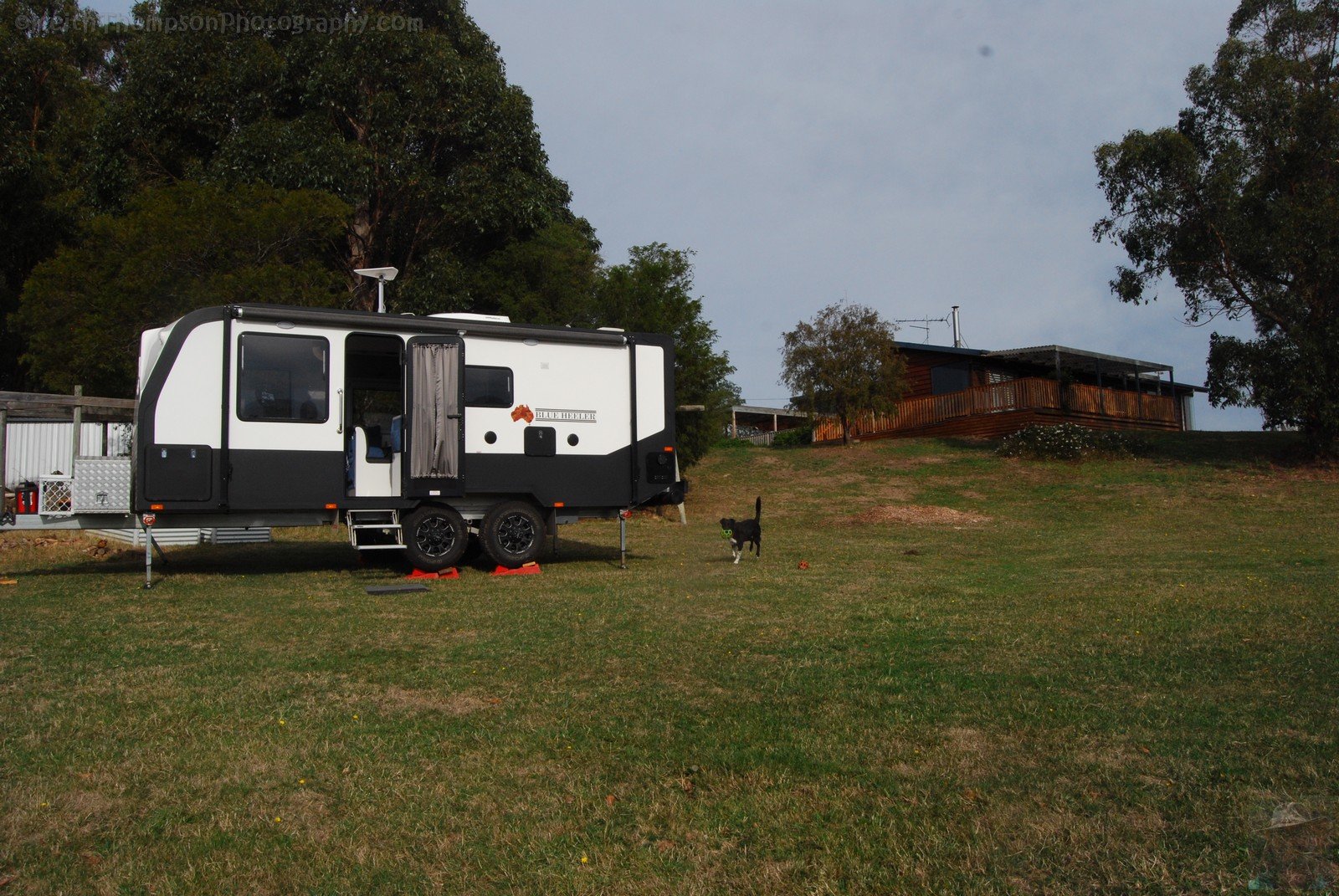 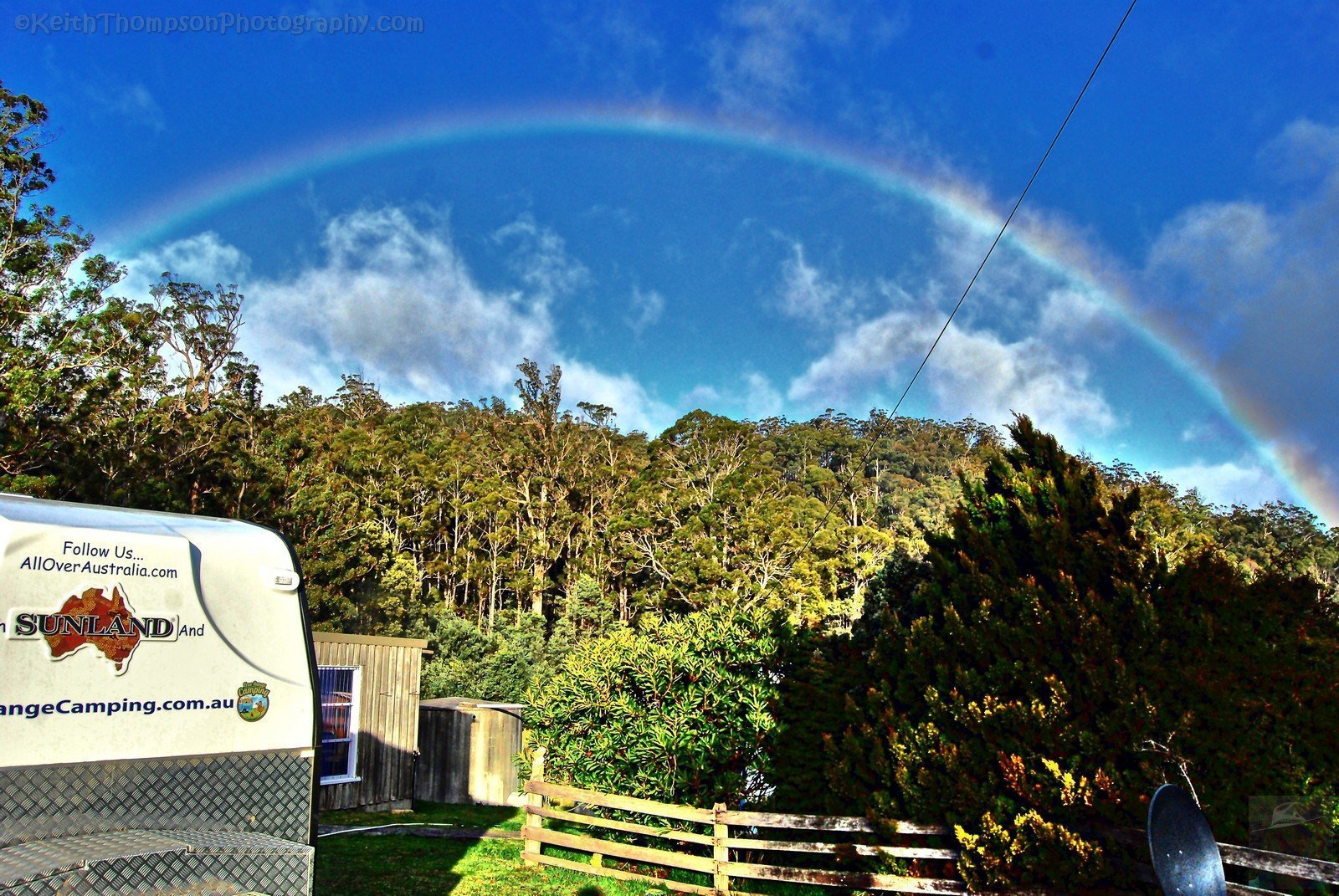 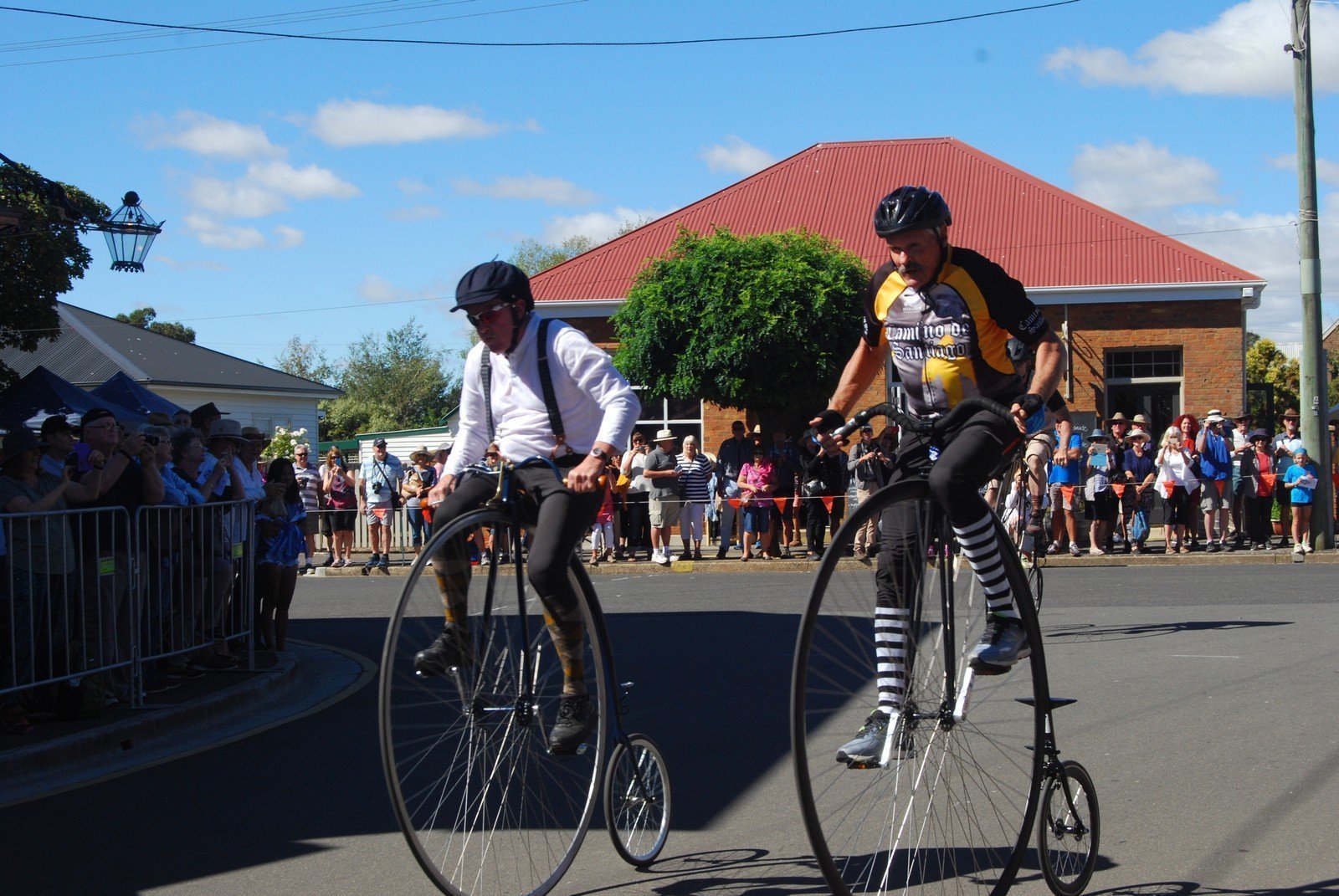