Last time we were in either of these twin cities we were in a caravan park with no vehicle!  This time we had a little time to look around  a bit, there is everything you would expect in major rural cities in these two which the Murray River passes between.

The most significant landmark around Albury is the War Memorial on Constitution Hill (Above and right); this is one of few tower type memorials built after WW1 and also has commemorative plaques for WW2 and VietNam as you would expect as well as others. 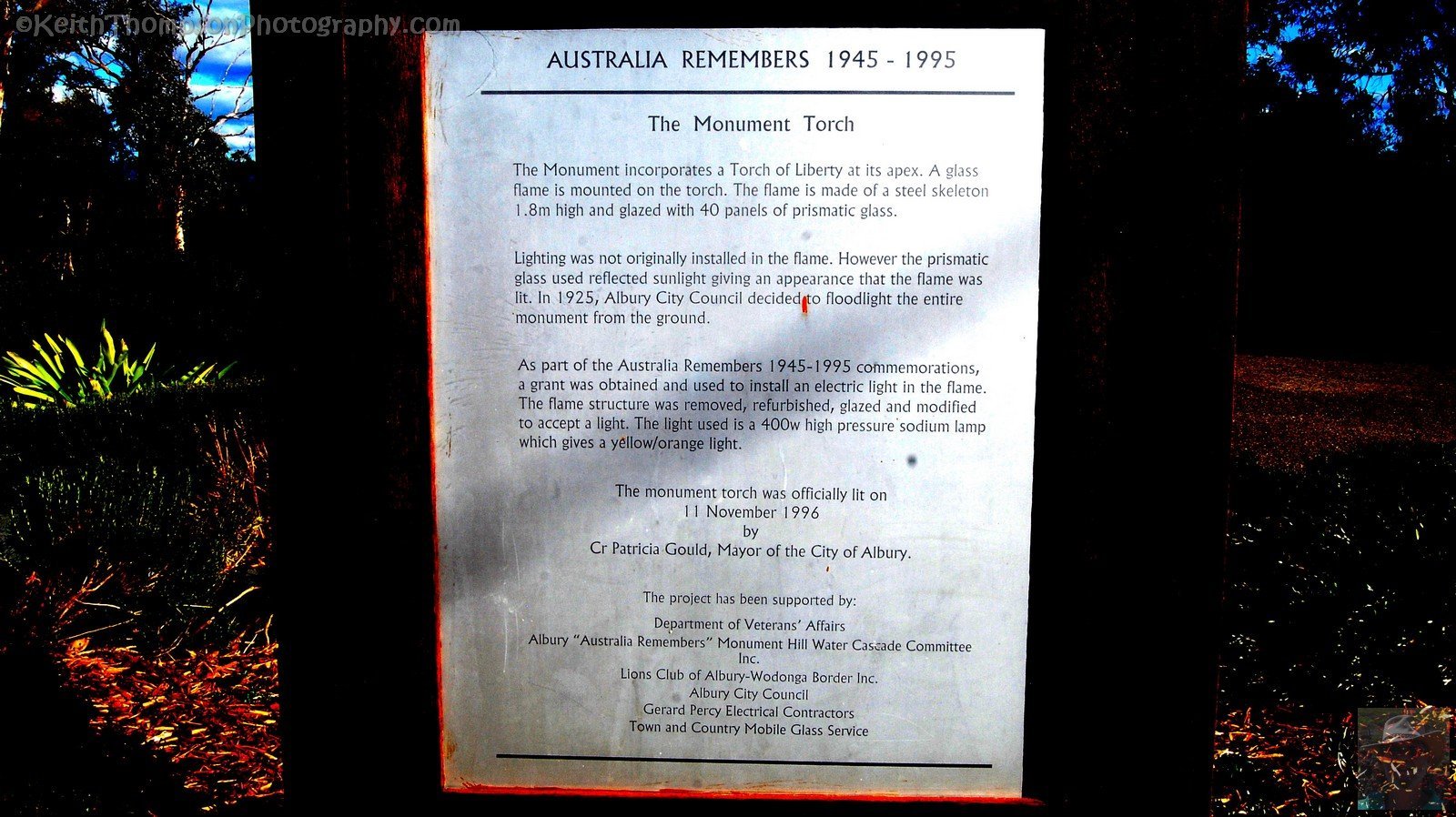 The site itself provides a good, but limited view over the centre of Albury to the East and to Wodonga in the distance to the South

Monument Hill towards Albury over the memorial Steps

At the Wodonga side there is a good view of the old crossings across Wodonga Creek, which here is a parallel “Anabranch” of the Murray River; the last used bridge, carrying the Old Hume Highway can be seen downstream with the new Hume Freeway running along to the right.  Behind from here is the old old bridge in some state of disrepair and a pedestrian bridge which forms part of a walking trail.

While in Wodonga for three days this time we stayed at the Showgrounds which provides good basic facilities including hot showers, as well as the usual power and water to the van, 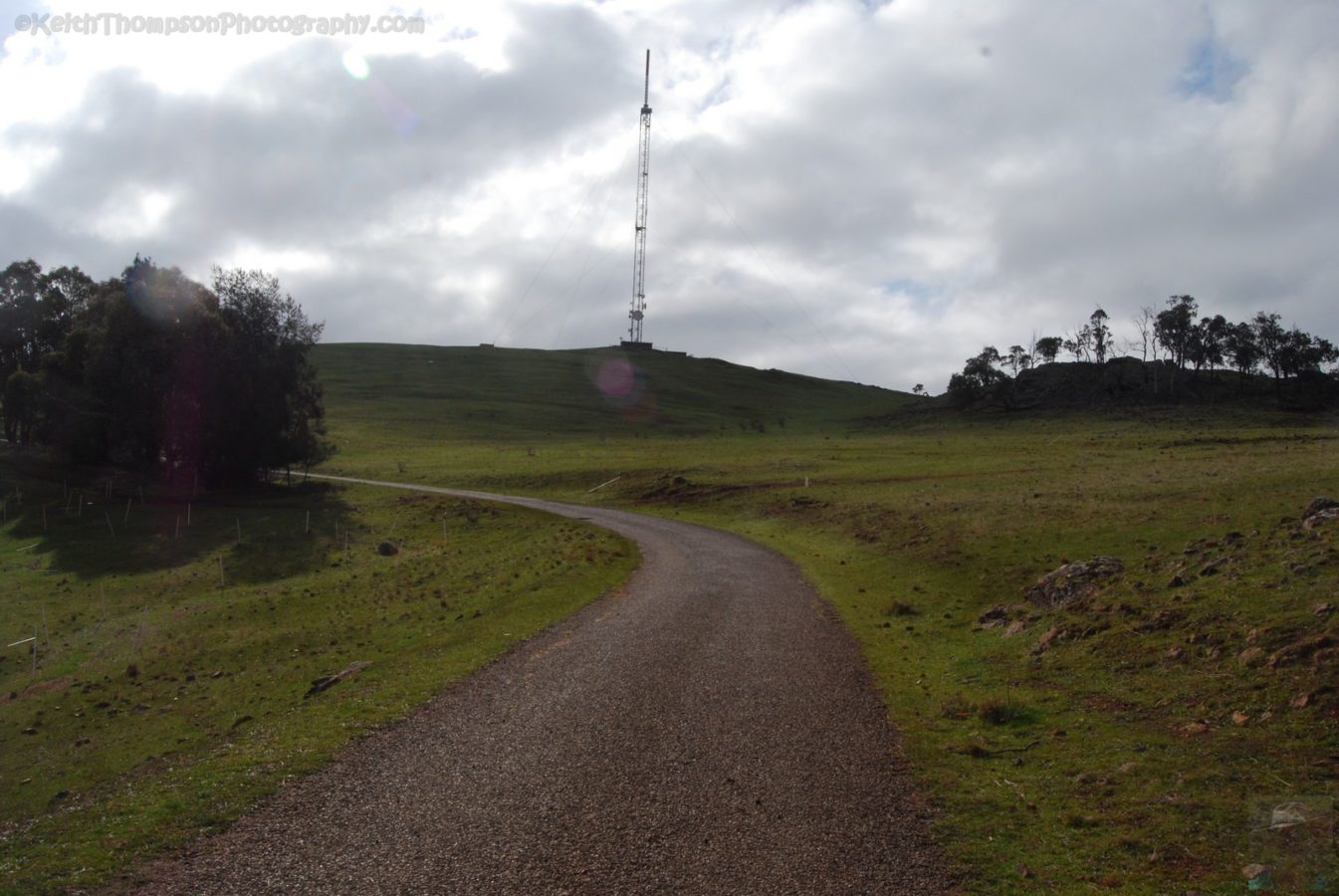 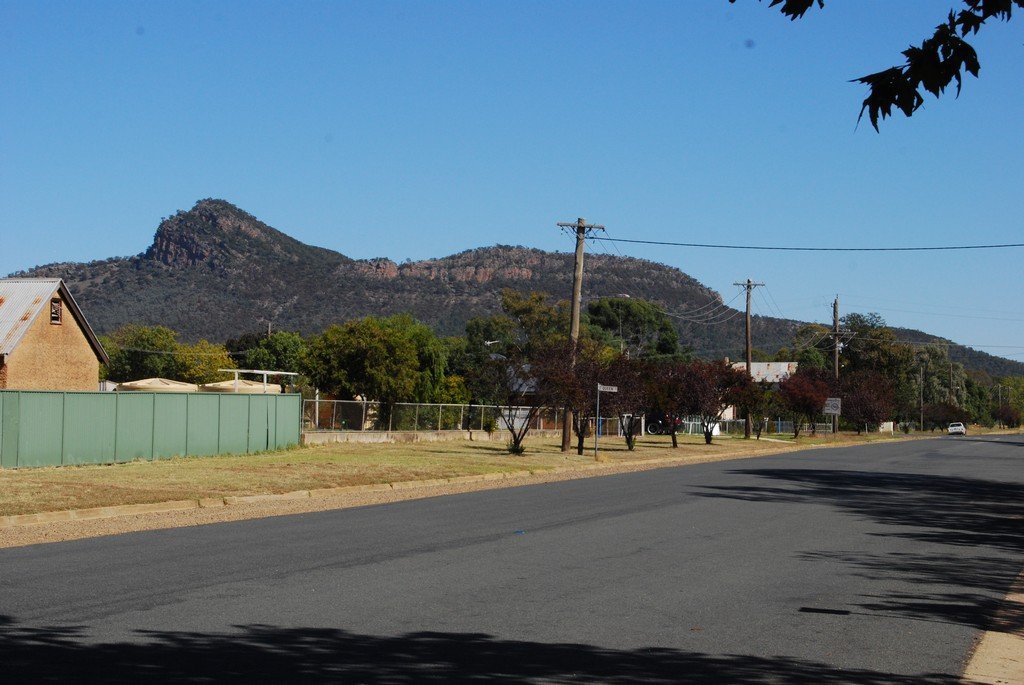 The Rock (The town) 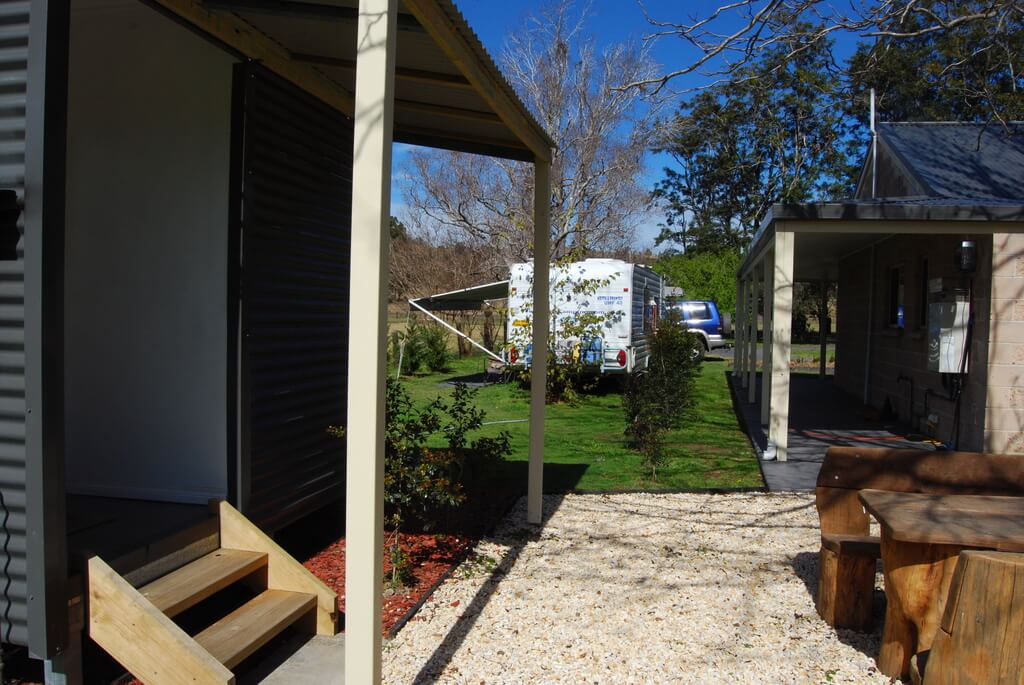